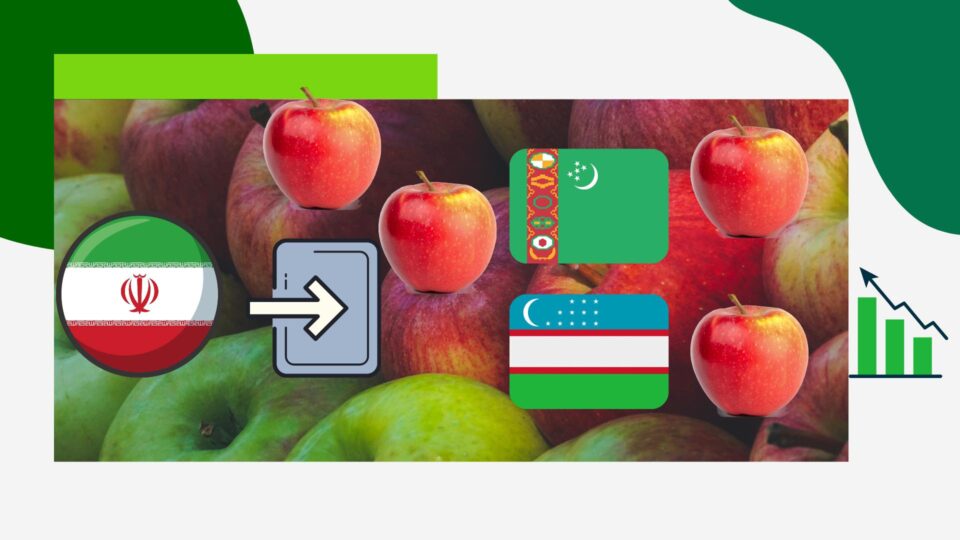 According to EastFruit analysts, two Central Asian countries, Uzbekistan and Turkmenistan, have increased their imports of Iranian apples many times over in the first 4 months of 2022.

Read also: Uzbekistan became the fastest growing market for fruits and vegetables from Iran in 2021

“The volume of apple exports from Iran in the first months of 2022 lags behind last year by about 19%, which is due to a decrease in the apple harvest in the country in 2021 caused by spring frosts. However, exports to Central Asian countries, where there were also frosts and reduced harvest, rose sharply as prices were high there. An additional incentive for the growth of supplies was the cessation of apple exports from Ukraine at the end of February, after russia invaded Ukraine with its army and blocked supplies,” explains Andriy Yarmak, economist at the Investment Centre of the Food and Agriculture Organization of the United Nations (FAO).

In addition to Uzbekistan and Turkmenistan, importers from the UAE (by 42%), Pakistan (by 75%) and Kuwait (by 73%) also increased the volume of purchases of Iranian apples in 2022. A decrease in apple exports from Iran to such large markets as Iraq, India and Russia was noted.