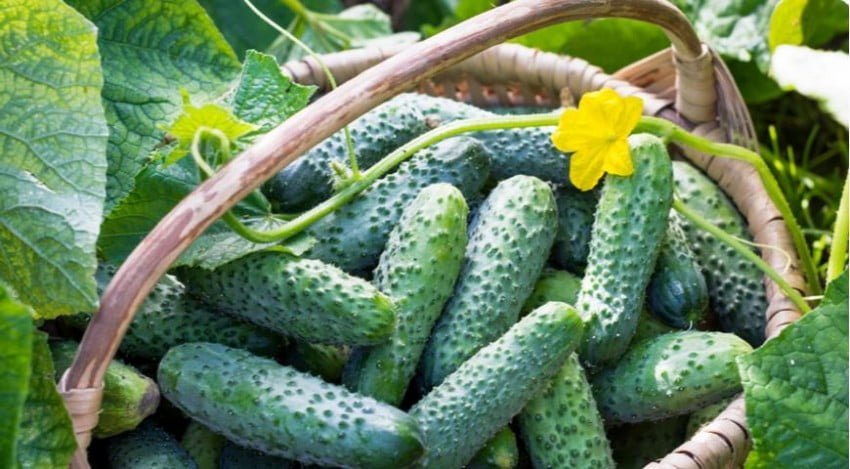 Home › News › Unusually high prices for greenhouse cucumbers in Ukraine and Russia. Can it get even higher?

The price of greenhouse cucumbers continues to increase rapidly In Ukraine and Russia, EastFruit reports. Today wholesale batches of cucumbers from local greenhouse in Ukraine are sold at $ 1.84/kg average, while at the end of last week the average price did not exceed $ 1.50/kg.

According to the analysts of the project, the main reason for the rapid rise in cucumber prices in Ukraine are the weather conditions, namely the rather cold first half of spring with low air temperatures, frequent rains and recent snowfall. Yesterday and the day before it was snowing in Cherkassy, ​​Poltava, Kharkov, Vinnitsa and other regions, and night temperatures over the past week often dropped below 0⁰С.

According to producers, the weather had a negative impact on the growing season, and only small volumes of the new harvest products appeared on the market. At the same time, sellers could easily raise prices despite the restrained demand from buyers.

The developments on the greenhouse cucumber market in Ukraine were different in the previous season. The first half of spring 2020 was warmer than this year, but weather conditions worsened in mid-April. The abnormally cold May, with frequent frosts until the onset of summer, led to a shift in the standard terms of cucumber sales by 10-14 days. The supply of cucumbers significantly exceeded the demand before the May holidays, prices were less than $ 1.00/kg and dropped to $ 0.40/kg by the beginning of May.

At the same time, representatives of greenhouses in the Russian Federation also note that the current season has shifted in the production of greenhouse vegetables, in particular cucumbers. Moreover, the weather conditions in March-April were even more unfavorable in Russia than in neighboring Ukraine. Since the first days of March 2021, prices for cucumbers have been gradually increasing, and last Friday they reached $ 1.73/kg. By the middle of this week, wholesale prices for greenhouse cucumbers in Russia exceeded $ 2.50/kg, and the situation is not likely to change in the coming days.

As EastFruit experts forecast, wholesale prices for greenhouse cucumbers in the Russian Federation may well increase further, since weather in the main production regions remains unfavorable. As for Ukraine, the market situation may change dramatically in the coming days, since weather conditions have normalized in the middle of this week, and the temperature has increased significantly. Thus, the supply of greenhouse cucumbers on the market can grow rapidly by the next weekend, and it can be assumed that the peak of wholesale prices for cucumbers in Ukraine has already passed.