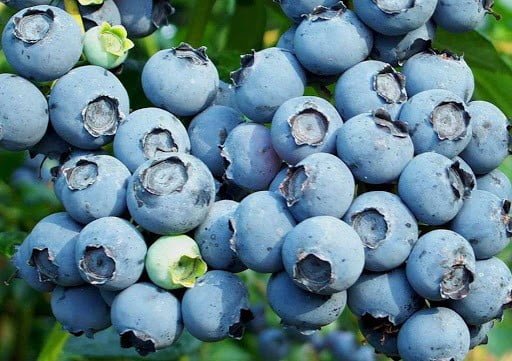 Tanzania can replicate the success of Peru in the global blueberry market, Artem Gudkov believes, co-founder of Global Ukrainian Distribution, Investment and Trading Company Limited (GUDIT), who lives and works there and promotes Ukrainian products in the markets of Sub-Saharan Africa. In an exclusive interview with EastFruit about the specifics of doing business in vegetables and fruits in Sub-Saharan Africa, Artem Gudkov advises Ukrainian berry producers to look closely at investments opportunities in Tanzania.

If a Ukrainian blueberry producer wants to invest in the cultivation of blueberry in Tanzania, then, according to Artem Gudkov, he will not encounter any obstacles. Thanks to English law, his property will be protected, he will be able to lease land even for 99 years, and local officials will provide help in finding a suitable plot, because they are interested in attracting foreign investments. He also noted that the country has enough water resources for irrigation and there are many micro-zones, so finding a climate suitable for growing is not a problem. Moreover, there is a practice of exemption from income tax for 5 years or more, and of many international projects ready to provide support, including financial, to investments aiming at the development of production in the country.

Why should Ukrainians invest in blueberry cultivation in Africa? According to Artem, this will allow, firstly, to avoid competition in the future in traditional markets such as the Middle East and Asia. “When Tanzania is engaged in the commercial cultivation of blueberries, Ukraine can stop its sale to the Middle East, because the logistics to the Middle East and Asia  from Tanzania is cheaper as containers should be returned. In addition, it takes 5-7 days, and even to China products in containers can be delivered in a week,” Artem Gudkov says.

Considering the climatic peculiarities of Sub-Saharan Africa, it is possible to grow evergreen varieties of blueberries, which can be harvested almost at any time of the year. This means that there is an excellent opportunity for planning the production and sale of blueberries during the periods of maximum prices. By the way, some countries in the region are already increasing their export of blueberries, and even supplying products to Eastern Europe. For example, Zimbabwe is already among the suppliers of blueberries to Russia.

“This is not as an incredible idea as it might seem at first glance,” Andriy Yarmak says, economist at the investment department of the UN Food and Agriculture Organization (FAO). “Ukrainian blueberry producers can harvest berries in July-August in Ukraine, and then, after the end of technological operations and the end of the sales season, harvest and sell blueberries in the winter in Sub-Saharan Africa. This will allow the company to be present on the market almost all year round, which will increase its value for importers from the EU, the Middle East and even Asia and will allow it to double its revenues. In addition, it seems that the conditions for doing business in Tanzania, for instance, are no worse than in Ukraine,” the expert notes.

Andriy Yarmak will go into details about the possible strategies for the development of the global blueberry market during the FTrade Club Berries, April 8, 2021.

“If we talk about berries, Tanzania used not to have it on sale at all, and the cost of frozen blueberries could be $50/kg, and someone still bought it. Now blueberries in Tanzania can be bought without any problems – both imported from South Africa and local. Tanzanian blueberries are now cheaper than blueberries in Ukraine and taste better,”. Artem Gudkov notes.

Artem Gudkov’s interview with Andriy Yarmak for EastFruit is below.

The blueberry season in Ukraine is close to the end