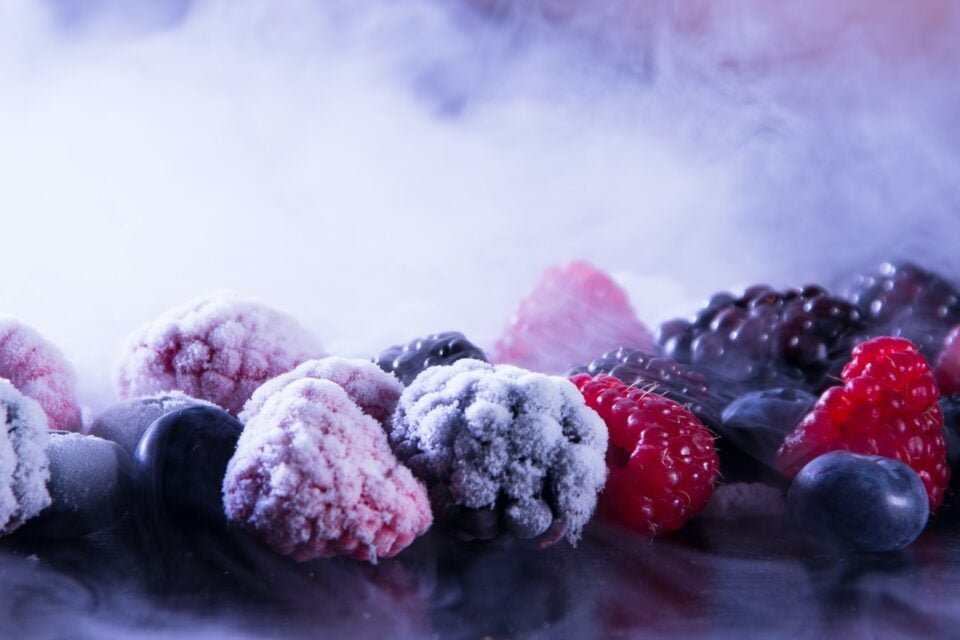 Despite all the difficulties of the berry season in 2020 and a drop in the export of fresh berries, Ukraine still managed to slightly increase the export of frozen berries, according to EastFruit.

The export of frozen blueberries from Ukraine decreased by 16% to 20.6 thousand tons, while the country managed to export almost one and a half times more frozen raspberries than a year before (18.5 thousand tons). Also, supplies of frozen strawberries fell significantly, by almost a third, to 2.7 thousand tons, and exports of blackberries and mulberries rose by 56% to a record of 2.6 thousand tons. 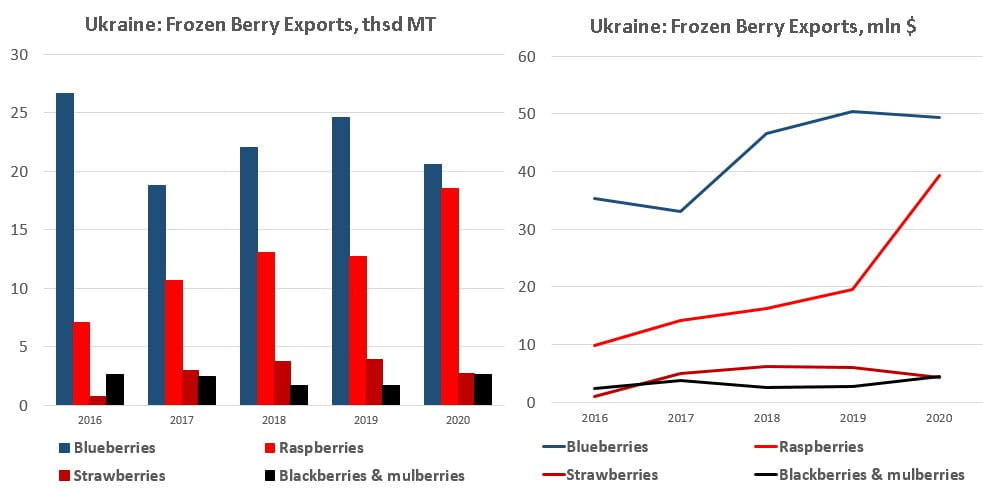 “Surprisingly, the exports of frozen raspberries from Ukraine has increased given the high prices for fresh berries in the country in 2020 and a serious reduction of the planted area a year earlier. Nevertheless, the deficit of raspberries was notable everywhere in the European market due to the damage from frosts in Serbia, of which Ukrainian processors took advantage, making both Polish and Serbian suppliers concerned,” Yevhen Kuzin, Head of International Projects at Fruit-Inform.com explains.

In addition, the freezing capacity in Ukraine has significantly expanded over the past few years, and the warm autumn weather made it possible to trade remontant varieties of raspberries until November at high prices both for the fresh market and for freezing. This is confirmed by the significant growth in exports of frozen raspberries in value terms, which doubled to $ 40 million in 2020.

“The weather conditions were quite favorable for the Ukrainian export of raspberries, however the situation for the strawberries, blueberries and other wild berries was exactly the opposite. Thus, the producers of strawberries throughout the season were guided by sales at high prices on the fresh market, and the processors were unable to increase their volume. Meanwhile, a decrease in the collection of wild berries in some regions of the country in 2020 led not only to a drop in exports but also to a significant increase in imports of frozen blueberries, lingonberries and other wild berries from Belarus, which rose almost seven times to 800 tons! “, Yevhen Kuzin adds.

In 2020, Poland remained a key market for the frozen berries from Ukraine and increased the volume of imports of these products by 20% to 17.8 thousand tons. From European countries, a significant increase also occurred in the supply of frozen berries to Germany (+ 84% to 4.2 thousand tons), the Netherlands (+ 46% to 1.7 thousand tons) and Belgium (+ 63% to 1.1 thousand tons).

It should be noted that the EU, Asia and the Middle East were identified by the experts of the Ukrainian Horticultural Association UHA as a priority for improving the export of frozen berries from Ukraine. More detailed information on the prospects for the development of Ukrainian exports in 2021 will be presented by Taras Bashtannyk, President of the UHA, during a meeting of the members of the FTradeClub Berries organized by the APK-Inform: Vegetables and Fruits project to be held on April 8-9.

“In addition to a full agenda with leading experts of the industry, suppliers of frozen products will be able to hold meetings with the buyers from Ukrainian supermarket chains. Similar opportunities will be presented for producers of fresh berries, and on the second day the participants of the meeting will visit one of the country’s leading farms for growing blueberries and sea buckthorn,” Yevhen Kuzin says.

Further information about FTradeClub Berries and participation opportunities can be found on the website of the APK-Inform: Vegetables and Fruits project, or can be requested directly from: