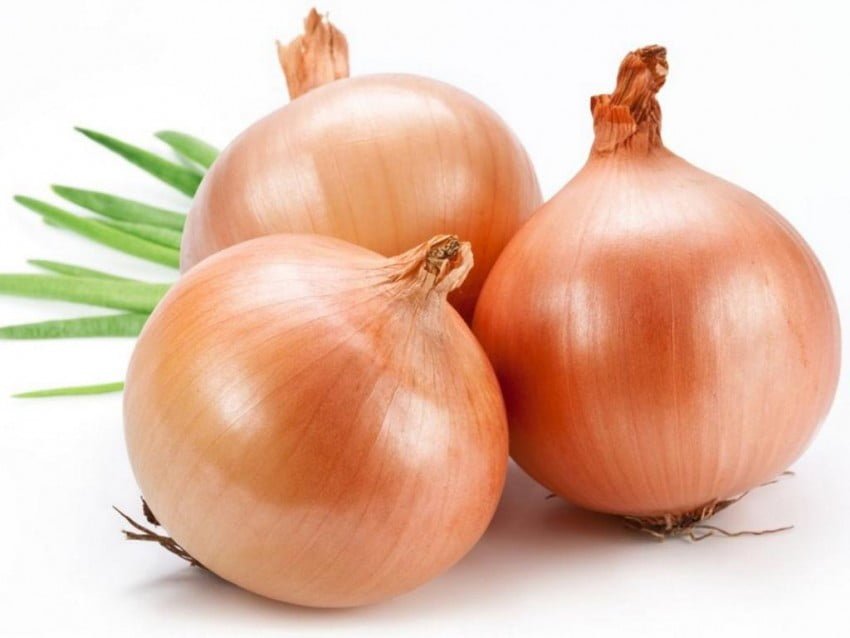 According to EastFruit analysts, Ukraine in the 2020/21 season has significantly increased volumes and expanded the geography of onion exports. In total, more than 34.1 thousand tons of onions were supplied to foreign markets, worth $ 6.5 million. 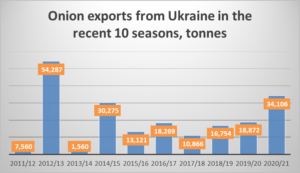 This was the largest export volume over the past eight seasons, but far from a record one, because in the 2012/13 season, i.e. nine years ago, Ukraine exported 54.3 thousand tons of onions.

“It is probably not worth considering such an export result as a great success,” says Andriy Yarmak, an economist at the investment department of the United Nations Food and Agriculture Organization (FAO).

“The fact is that throughout the previous season the price of onion in Ukraine remained at a record low level – about 9 US cents per kg, while prices in the EU were much higher. Ukraine remained the country with the lowest onion price in the world all season, and the average export price last year was the lowest in four years. This indicates the ineffectiveness of export efforts and low quality parameters, because Ukrainian vegetable growers are still focused on growing raw materials, not finished products. If onion production in Ukraine was initially guided by EU quality standards, and traders and / or growers were systematically engaged in export promotion, then exports could well be a record, and the average price for products would be much higher. According to my estimates, Ukraine was quite capable of exporting more than 100 thousand.

As a result of the low onion prices that have lasted the entire past season, many small Ukrainian farmers have given up growing onions. Therefore, wholesale prices for onions are now twice as high as a year earlier at the same time. As you can see, the rise in prices was not due to an increase in exports and product quality, but due to the actual refusal of growing onion by some farmers and a decrease in supply. Accordingly, in the new season, most likely, onion exports will decrease significantly again.

And, nevertheless, a significant expansion of the geography of Ukrainian onion exports in the 2020/21 season can be seen as positive. Moreover, more than half of all onions were delivered to the EU countries. Onions  were supplied in significant volumes to more than 10 EU countries, but the main volumes of onions were exported to Romania – more than 40% of all exports. 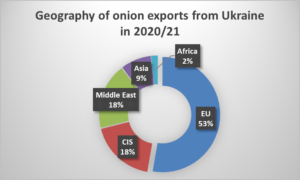 In Asia, Bangladesh was the most important importer of onions from Ukraine, which for the first time bought almost 2 thousand tons of Ukrainian vegetables. The fruit and vegetable trade of Ukraine with Malaysia is also expanding, which, in addition to apples and blueberries, began to purchase large volumes of Ukrainian onions. In the 2020/21 season, more than 470 tons of onions from Ukraine were exported to Malaysia. In general, the countries of Asia accounted for about 9% of all exports supplies of onion.

Also, a positive moment is the first systematic exports of Ukrainian onions to the countries of Sub-Saharan Africa, the possibility of which was already discussed in a previous article. More than 350 tons of onion were delivered to Cameroon and 140 tons to Sierra Leone. Several other African countries imported about 50 tons of onions from Ukraine each. This is very important because Africa is the most important market for the world’s largest exporter, which is the Netherlands.

Thus, the exports of Ukrainian onion turned out to be quite well diversified. It would be good to support these distribution channels in the new season, however, so far, the pricing environment is not ideal.