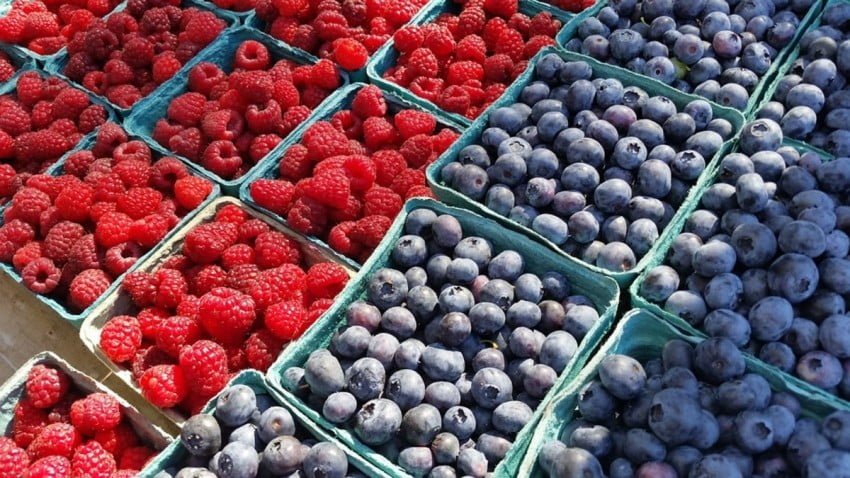 The EastFruit team in Georgia interviewed leading producers, processors, exporters and importers of fruit and vegetable products as well as solution providers for the industry, officials and experts to identify the most significant events over the past 10 years that have had a decisive impact on its development. Below is a consolidated version of the ranking of the seven most important events for the Georgian business of vegetables, fruits, berries and nuts in chronological order as these events occur.

The first part from this 3 part series can be read here. Below is the second part of the main events in the Georgian fruit and vegetable industry over the past 10 years.

The brown marmorated stink bug (in Latin Halyomorpha halys) appeared in Western Georgia in 2015. By 2017, these bugs destroyed a significant part of the hazelnut crop in specialized farms. For this reason, hazelnuts, which had previously occupied a leading position in Georgian exports, fell sharply due to a decrease in the yield and quality of nuts during the 2017/18 season. According to expert estimates, losses in the production of hazelnuts in Georgia amounted to about $50 million a year and even more. Revenue from the export of hazelnuts in the 2018 calendar year was only $46 million, although in 2014 it reached $179 million.

In 2017, a coordination headquarters for pest control was created and a list of specific measures was developed. Complex state measures to combat this pest include four main areas: an active information campaign among the population, monitoring (e.g., establish the distribution area of the stink bug, monitor the life cycle, population dynamics, etc.), measures to control the pest’s population (in particular, chemical treatment of territories), as well as research (e.g., use of bioagents that negatively affect the population of the stink bug, biological plant protection products, etc.). In 2018, Georgia managed to get this pest under control and significantly improve the quality of Georgian hazelnuts, which has already affected the growth of export earnings.

Exports of hazelnuts from Georgia in the period from August to December 2019 in monetary terms amounted to $49.55 million, which is 75.0% more than a year ago ($28.31 million). That is, the first signs of growth in the volume and value of exports have appeared, which in recent years have had a clear downward trend.

In January-July 2020, the export of hazelnuts brought Georgia $19.6 million in export earnings, which is 47% more than a year ago ($8.8 million). According to the results of the first quarter of 2020, hazelnuts ranked 9th in the TOP-10 exports of Georgian products (excluding re-exports) with a share of 2.2%. However, a full recovery of the industry will still require a lot of effort.

“Georgia has signed an agreement on a deep and comprehensive free trade zone with the EU. Georgia has free trade with Turkey and the CIS countries. The country has a preferential export regime with the US, Canada, and Japan. By the end of 2016, we are waiting for the formalization of a free trade agreement with China,” said the Prime Minister of Georgia Giorgi Kvirikashvili at the end of June 2016. “This means that Georgia will have a network of free trade agreements in the near future that will enable it to reach over 2 billion consumers.”

Georgia signed the association agreement with the EU, which includes the Deep and Comprehensive Free Trade Area (DCFTA), in June 2014. However, the actual exports of agri-food products to the EU remained small. According to the official data of Geostat, in 2018, the EU countries accounted for 15.4% of export earnings from agri-food products ($148 million).

It should also be noted that only a few commodity items are exported – nut crops (mainly hazelnuts), wines and alcohols, and mineral water. Until 2017, more than 70% of the proceeds from Georgian agricultural exports were brought by hazelnuts, which were exported mainly to EU countries like Italy, Germany, and the Czech Republic. However, due to the spread of the stink bug (see point 3 above), the proceeds from the export of hazelnuts decreased by more than 60% and in 2018 amounted to $49.55 million. Even the doubled export of wine, juices, and mineral water could not improve the situation. In 2019, revenue from exports of agri-food products of groups 01-24 to the EU decreased by more than 35% compared to 2015.

One of the promising directions of agricultural exports from Georgia to the EU is berries, particularly blueberries. Despite the favorable climatic conditions and the presence of an “export window” in May-June, few producers export berries to the EU market. The main problem is logistics, the cost of which negatively affects the competitiveness and freshness of Georgian berries when supplied to distant markets. Also, in the context of the pandemic, air traffic was significantly limited, and for the transportation of berries by road, there are still not enough production volumes to optimize transportation costs. Georgian producers are already beginning to express their readiness to cooperate in order to form export consignments of berries.

In addition, as the production of different types of berries develops, deep-frozen berries can become one of the promising directions for export to the European Union. This, by the way, will also increase the income of producers of other fruits such as a non-standard peach, of which there is a lot in Georgia, which can be frozen and sent for export. In fact, most types of berries, fruits and vegetables, and even greens can be frozen and exported.

Another promising direction in export supplies to the EU is nuts. As we have already mentioned, walnut, almond and even pistachio orchards are rapidly expanding in Georgia. The EU is one of the largest markets for these nuts in the world, and the cost of logistics is no longer of fundamental importance here, since the products are expensive. Moreover, they are not classified as perishable.