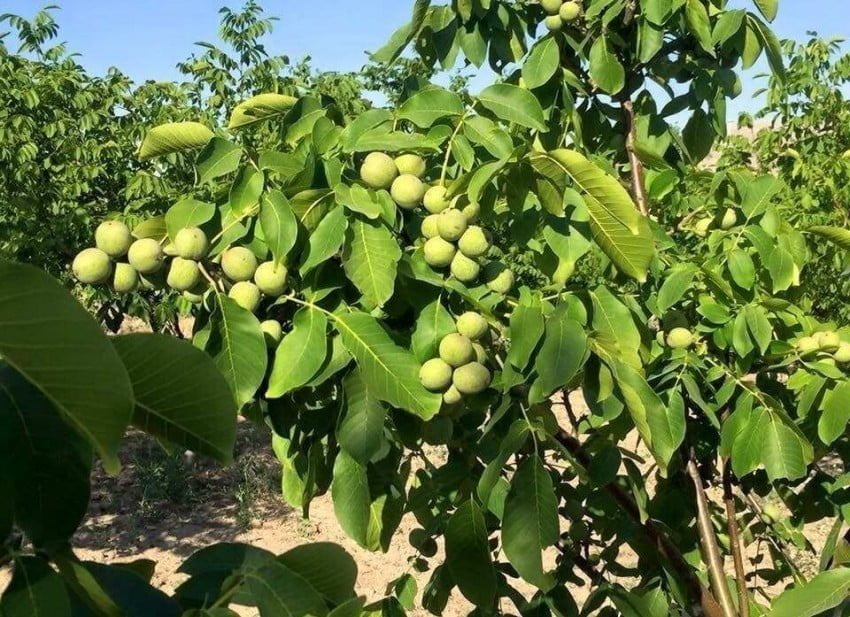 The EastFruit team in Georgia interviewed leading producers, processors, exporters and importers of fruit and vegetable products as well as solution providers for the industry, officials and experts to identify the most significant events over the past 10 years that have had a decisive impact on its development. Below is a consolidated version of the ranking of the seven most important events for the Georgian business of vegetables, fruits, berries and nuts in chronological order as these events occur.

1. In 2013, Russia lifted the embargo on Georgian agricultural products.

In 2013, the Russian Federation lifted a seven-year embargo on imports of Georgian wines, mineral water and other agricultural and food products. The Russian Federal Service for Supervision of Consumer Rights Protection and Human Welfare (Rospotrebnadzor) introduced the embargo in 2006 under the pretext of protecting the health of Russian citizens amid growing tensions between the two countries.

As a result, if in 2013 the export of agri-food products (group 01-23), excluding re-exports, amounted to $107.4 million, then already in 2014 exports more than doubled and reached $222.5 million. The growth was mainly due to the doubled export of wine, alcoholic beverages and mineral water. The export of citrus fruits increased by 18% from $7.69 million to $9 million. They began to export stone fruits, nuts, apples, berries and greenhouse products as well.

According to the official data of Geostat, in 2018 already a quarter (25.4%) of the exports of agri-food products falls on the Russian Federation and brings in $244 million in export earnings.

Since 2014, the export of Georgian food products to the Russian Federation has been growing from year to year, and these are mainly products with high added value. In 2019, export revenue from wine in comparison with 2014 increased by 1.2 times and amounted to $133 million, liqueurs and spirits by 2 times to $34 million, stone fruits (e.g., apricots, peaches, cherries, plums) by 5 times to $11.8 million, and apples and pears by 12 times to $4 million.

Producers of fresh vegetables and fruits state the main advantages of the Russian market is the common border between the Russian Federation and Georgia, well-functioning logistics (the ability to deliver products within 48 hours) and low requirements of the Russian consumer to the quality of products.

For the sake of fairness, it should be noted that a significant impact on Georgia’s growth factor in the supply of vegetables and fruits to Russia was Russia’s embargo imposed on the supply of food products, including fruit and vegetable products, from the EU, US, Ukraine, and a number of other countries. Thus, the competition in the Russian fruit and vegetable market from suppliers of high-quality vegetables and fruits has sharply decreased, which allowed Georgian suppliers to freely occupy the vacant niche.

In 2015, the state financing program “Plant the Future” («Посади будущее») was launched, which is part of the United Agricultural Project («Единый агропроект»). Within the framework of the Plant the Future program, financial and advisory support is provided for farmers in Georgia who want to plant perennial plantings for more efficient use of the country’s agricultural land.

The total area of intensive and semi-intensive farms equipped or currently being developed in Georgia under the Plant the Future project for the period from 2015 to the present day is 9,487 hectares (as of May 31, 2020). According to the program, under this project, it approved 1,526 applications from various regions of the country, including 1,523 for the arrangement of fruit or berry orchards and three more for the creation of nurseries for perennial fruit and berry crops. The total volume of government co-financing exceeded 55 million lari, which is approximately $18 million.

Taking into account the climatic, soil and other characteristics of various regions of the country, a list of crops falling under the project has been compiled for each of them. The agency co-finances the establishment of orchards ranging from 1 to 20 hectares, covering 70% of the cost of seedlings and 50% of the cost of the drip irrigation system (with maximum limits set). Since 2018, a subcomponent of small berry orchards cultivation has been introduced into the “Orchards Component” of the Plant the Future project on an area of 0.15 to 5 hectares, and state funding in this case is 100% of the costs (within the established limits). As part of this subcomponent, 148 hectares of orchards have already been planted.

Although the real impact of this program on the fruit and vegetable business will be estimated in about 5-7 years, it is obvious that it has already led to a sharp increase in the production and export of fruit and vegetable products and the expansion of its range. This had a positive effect on the domestic market where new products appeared and, in general, their quality increased and their prices decreased. For example, in 2020, Georgia earned almost $4 million from the export of fresh blueberries, which is a relatively new crop for a country whose production is actively expanding.

Also, Georgia, which for a long time has been a major importer of walnuts, is gradually turning into a net exporter of these valuable products. The area under modern walnut orchards is constantly growing. Moreover, several thousand hectares have already been allocated for the cultivation of almonds, and even the first pistachio orchards have appeared. These are valuable commodities that can generate tens and even hundreds of millions of dollars in export earnings once orchards are in full production.

At the same time, industry experts have questions about the effectiveness of many of the orchards established under this program. In addition, the sharp increase in production has already led to price shocks in some segments such as the fresh apple segment of the 2018/19 season when many apple orchards were put up for sale by owners. In the future, it is impossible to exclude the repetition of such situations and their aggravation due to the further growth of production, and producers accustomed to the generous support of the state will demand even more money from it.