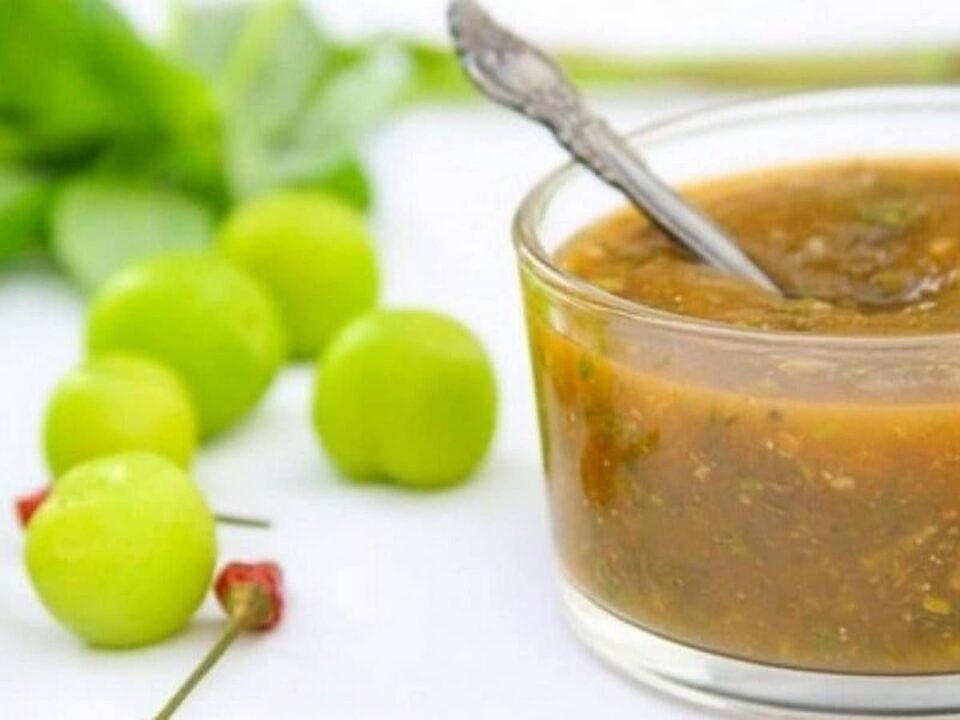 A new season of tkemali (herry plums) has started in Georgia, retail prices per kilogram start at 12 GEL ($ 3.48) and reach 25 GEL ($ 7.24) in supermarkets, but this is only the beginning of the season and we expect prices to drop significantly in a few weeks. EastFruit  is interested in the prospects of producing and exporting tkemali sauce this season. We talked about it with the largest producers in Georgia.

Cherry plum in Georgia is mainly used to make a sauce that almost every family produces at home and stores for the winter. Tkemali trees are mostly found on family farms in small areas, but relatively large orchards have emerged after fruit and vegetable processing companies appeared. All processing companies collect tkemali from the local population and intermediaries. The procurement process will begin at the end of May. Last year, wholesale prices for tkemali fluctuated within 0.6-1.2 GEL ($ 0.19 – $ 0.39). Processors believe that prices will remain the same this year, as the demand for tkemali sauce is growing in export markets – the US, EU, Israel, Canada, China. 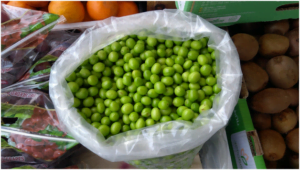 The largest producer of canned fruit and vegetable products in Georgia is the Marneuli Food Factory, which also produces tkemali sauce. The Factory is located in Kvemo Kartli, Marneuli municipality. The products of the Marneuli Food Plant are sold both on the local and exports markets. Last year, the plant planned to process up to 500 tons of tkemali, but failed to gather this volume, and the company’s representative Vano Tsukilashvili explains the reasons. One is the fluctuation in yield every year, which is determined by climatic conditions. Tkemali plants often suffer from early spring frosts and rains, as its flowering coincides with a period of variable weather. The second reason is the lack of more commercial producers – mainly small farmers and family farms produce tkemali, which complicates the process of collecting the required volume of raw materials.

To mitigate the risks, over the past few years, the company has started growing its own tkemali orchards. Currently, Marneuli Agro, a subsidiary of the Marneuli Food Factory, owns a 60-hectare orchard in Kvemo Kartli, Marneuli municipality. According to Tsukilashvili, the company expects about 60 tons of harvest this year, but when the orchard reaches maximum yield, its production will increase the self-sufficiency of production to 60%. The company plans to process up to 500 tons of tkemali again this year.

Another company that produces tkemali sauce and various canned fruits and vegetables is a subsidiary of KTW – Nena. The company has two enterprises in Western Georgia, Guria and Adjara. Sauces are produced at a facility located in Adjara. Nena plans to process up to 300 tons from 130 tons last year. The company does not have its own orchards and is entirely dependent on local tkemali producers.

Director of Kula, one of the largest producers of canned fruits and vegetables in Georgia, Ivane Goglidze notes that collecting the required amount of tkemali was problematic for the company in the past, and they decided to plant their own orchard two years ago. At the moment, the company owns a 15-hectare tkemali orchard, although the harvest from it is still very low. Goglidze assumes that they will increase their own production of tkemali by another 10 hectares in the coming years. The company plans to process 500-700 tons of tkemali this year. 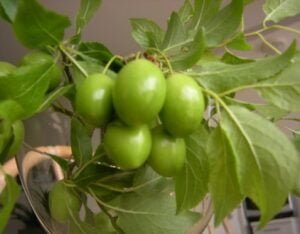 The Marneuli combine plans to export about 15% of the sauce in Europe and the United States this year. Kula plans to export 60% to 25 countries of the world, and Nena – about 80% to Israel, EU countries, China and Canada.

The official statistics on tkemali sauce export from Georgia is not available, since the corresponding code (2103 90 – Other products for making sauces and ready-made sauces, flavoring additives and mixed seasonings) contains data on the export of various sauces, and the National Statistics Service of Georgia does not provide information on individual products. However, it should be noted that products worth more than one million US dollars were exported from Georgia under this code in 2020, which is the highest figure in the last five years. 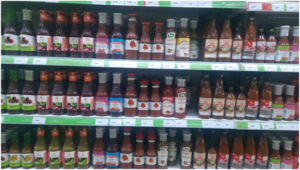 According to the processors, the tkemali harvest in Georgia will increase in a few years, as farmers have already planted new orchards. They hope to support the growing export demand with the growing harvest.

Pavle Koguashvili grows tkemali and alucha on 4.5 hectares in Kakheti, Lagodekhi municipality, and sells the entire crop to the Marneuli food factory. The orchard is already seven years old, and the farmer expects 30–35 tons of harvest this year. Koguashvili says tkemali is one of the most financially profitable fruit culture at the moment because its price is high compared to the cost of maintaining an orchard. The farmer received 1 GEL ($ 0.32) per kilogram of tkemali and alucha last year. Koguashvili himself raised seedlings for his own orchard, although the market price of one seedling today is 4-6 GEL ($ 1.16 – $ 1.74) in nurseries (depending on the volume). The number of seedlings per hectare is up to the farmer – 330 to 500 seedlings per hectare can be planted. Respectively, the initial investment in the orchard can range 1485-3000 GEL ($ 430 – $ 869) per 1 hectare. The annual maintenance of an orchard of ​​1 hectare costs around 600-730 GEL ($ 174 – $ 211), including the cost of pesticide treatments and fertilization. The costs do not include the irrigation system and water supply, which are not available in this orchard, but the farmer says that the irrigation system is necessary for all perennial orchards due to climate change. In the future, the farmer plans to establish new orchards, hoping to increase the area of ​​tkemali production to 40-50 hectares.

Despite the fact that some producers have estimated a good yield of tkemali this year, it is not yet clear what the harvest will be and whether the demand of the processing plants will be fully satisfied. EastFruit will continue to monitor market developments throughout the season.