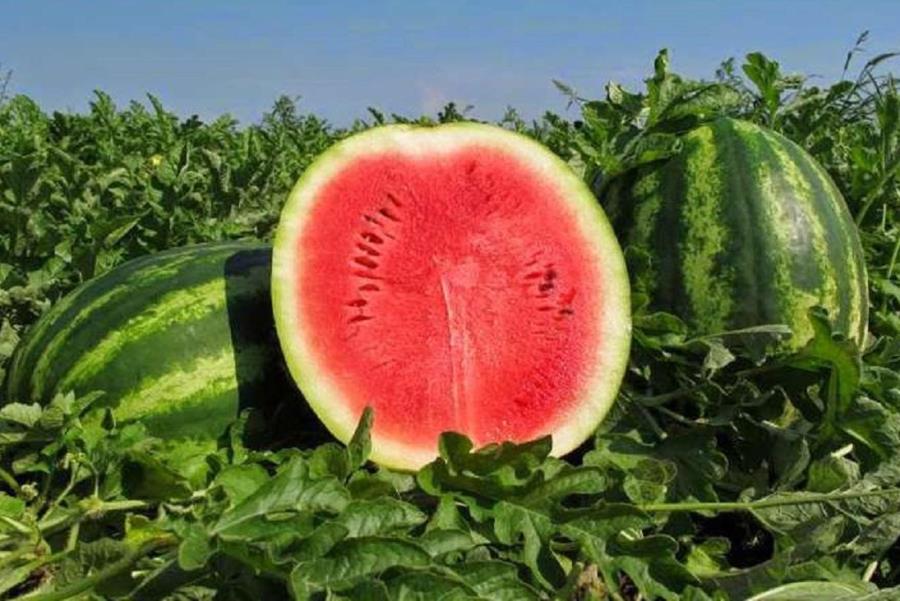 Home › News › The peak export season of Uzbek watermelons almost ended, but the volumes are record-breaking

According to exporters and participants in the logistics services market, watermelon exports were sporadic in the first decade of August 2021, while from the third decade of June to the end of the second decade of July, watermelon ranked first in requests for vehicles for exporting fruit and vegetables from Uzbekistan. The main reason for the gradual decrease in the volume of watermelon exports from 15-20th July and their virtual absence in the beginning of August lies in price dynamics in the main foreign markets. 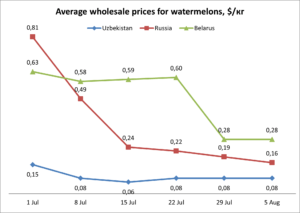 Moreover, prices for local watermelons in Russia keep declining. As of August 10, 2021, Russian growers were ready to sell watermelons from fields at 5-10 RUB/kg ($ 0.07-0.14), depending on the quality and region of production. In addition, key market players do not foresee price increases in this segment. They say, watermelon prices will continue to fall, as farmers will try to quickly sell the available products, thereby accelerating the decline rate of prices. This will also contribute to a further decrease in watermelon prices in Belarus. Considering the wholesale prices in Uzbekistan, the price ratio deprives the export of economic sense, taking into account logistics costs, customs, etc. In turn, this indicates the end of the export season of watermelons from Uzbekistan to the main foreign markets.

In 2020, the volume of watermelon exports from Uzbekistan reached record 49.4 thousand tons worth $ 11.8 million. The export season lasted 4 months – from June to September inclusive.

In 2021, the season for watermelon exports began a month earlier – in May, and can be considered complete now, i.e. it lasted from May to July.

Despite a shorter season, the volume of watermelon exports may be close to last year’s record level by the end of 2021. According to preliminary estimates of EastFruit analysts, the volume of exported watermelons from Uzbekistan from May to July 2021 is about 40 thousand tons (+/- 5%).

Considering that the watermelon harvesting season in Uzbekistan lasts longer and ends much later than in the main markets for watermelons, one should not ignore the supplies in September and October. Thus, by the end of 2021, the volume of watermelon exports from Uzbekistan in physical terms is likely to be close to the record figure of 2020.