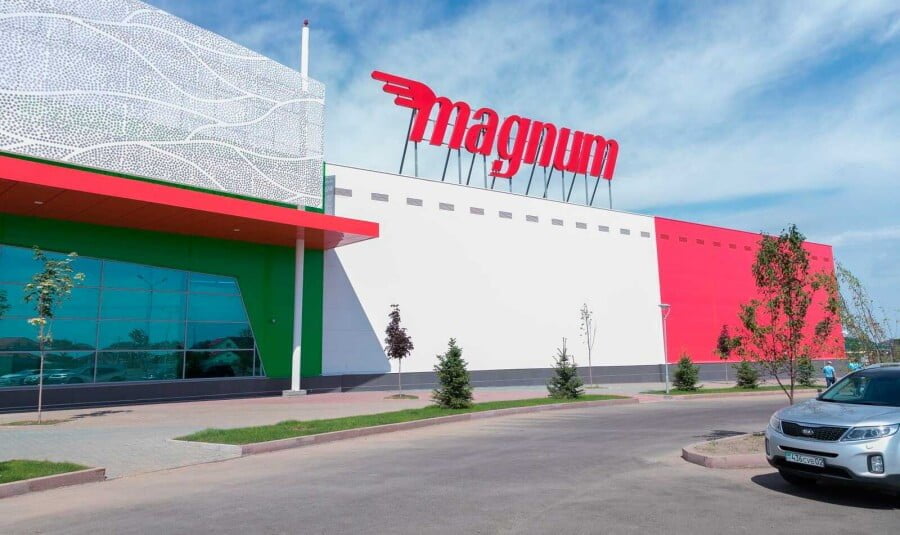 According to Dmitry Shishkin, Magnum’s PR manager, only chain stores located in Almaty were affected. A total of 25 stores were attacked by looters, of which 15 were completely looted, 11 were partially looted. He clarified that there are 68 stores in the city of Almaty, of which more than a third suffered.

According to the Atameken National Chamber of Entrepreneurs, more than 1,500 business entities in 9 regions of Kazakhstan suffered from the attacks of looters during the unrest. The total amount of damage to business is estimated at $221 million, of which $217 million (98%) is in Almaty. The sectors most affected are trade, catering, logistics and the financial sector.

The Magnum representative added that as of January 13, 2022, almost all stores have been restored. 63 out of 68 stores in Almaty are already open. But all of them still work shorter hours, and the company is ready to resume usual work in the near future.

Read also: Uzbekistan became the fastest growing market for fruits and vegetables from Iran in 2021

We remind you that after a long preparation, the Kazakh retailer entered the retail market of Uzbekistan at the end of 2021. The first Magnum hypermarket in Uzbekistan opened in Tashkent on December 11, 2021, and a Magnum supermarket opened there a week later. In the first year of development in Uzbekistan, the Kazakh retailer planned to invest about $20 million and open two more hypermarkets and several supermarkets in 2022.

However, it is unclear how the retailer’s loss of $25 million from looting in Kazakhstan will affect the immediate plans for business development in Uzbekistan.

Magnum Cash&Carry is the largest retail chain in Kazakhstan. The first store was opened in 2007 in Alma-Ata. According to Adindex.Asia, Magnum has 184 stores, 2 of them are located in Tashkent and 182 in Kazakhstan. The chain operates in four formats – express, daily, supermarket and hypermarket, the assortment is 35-40 thousand SKU, seasonally adjusted.