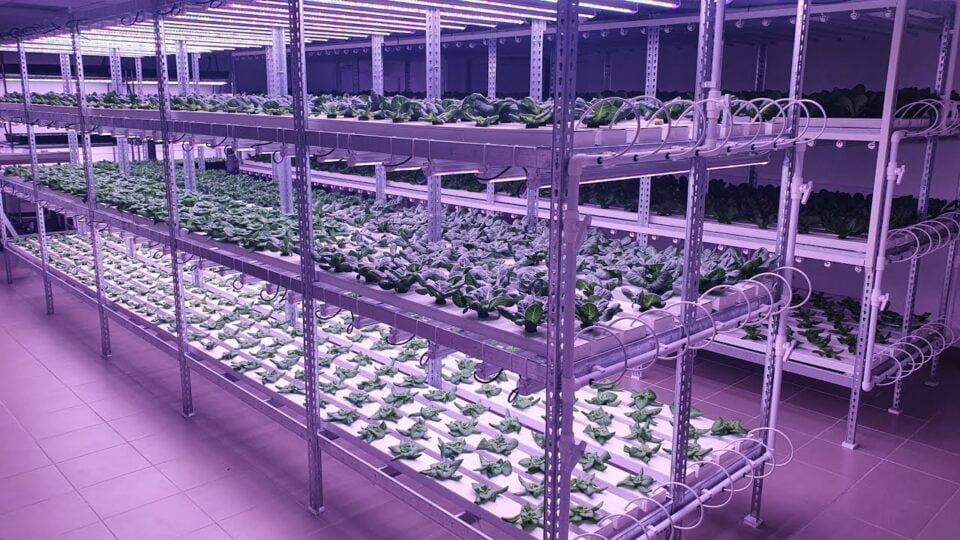 The issues of protecting plants growing under controlled conditions in modern greenhouses from pests and diseases have recently become central, – said the head of the laboratory of genetics, genetic resources, and biotechnology of the Institute of Vegetable and Melon Growing of the National Academy of Sciences of Ukraine, Doctor of Agricultural Sciences, Professor Tetyana Ivchenko, at the online conference “Vertical Farms: Development Strategies, Business Models and Risks“. 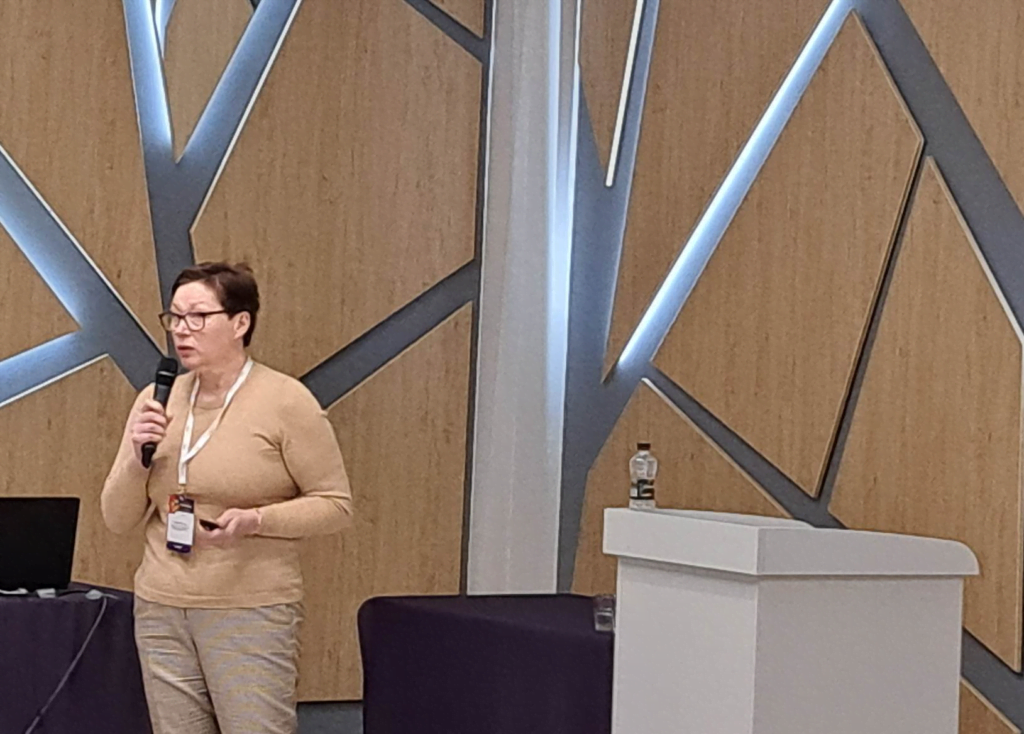 As Tetyana Ivchenko noted, this is the opinion of leading experts from Ohio University (USA).

“When growing plants in nutrient solutions in greenhouses, the level of air humidity inevitably rises, there are a lot of condensates and, as a result, mold and rot appear. To solve the problem, active air circulation is recommended. At the same time, due to flow ventilation, there is a risk of introducing small insects and mites into the cultivation facility. The most harmful are well-known aphids, whiteflies, thrips, and spider mites. Under optimal temperature conditions, their life cycle is accelerated, and their numbers are growing exponentially. This carries the risk of transmitting a viral infection, both from the outside and by transferring viruses from diseased plants to healthy ones,” Tetyana Ivchenko said.

Pesticide treatment in vertical farms is more complex than in conventional greenhouses requiring a high level of knowledge and management skills, she says. At the same time, the issue of chemical treatment is still open in the case of a vertical farm in a restaurant or supermarket.

Unlike growing plants in an open field, the achievement of high profitability of production with hydroponic technologies is primarily determined by the health of the plant’s root system. Thus, the most harmful for plants in hydroponics are diseases of the root system, the causative agents of which are oomycetes and fungi – Pythium, Phytophthora, Fusarium, Rhizoctonia, and Thielaviopsis basicola. They appear when the indicators of humidity and temperature are violated and come out in rot and blackening of the root system, a decrease in the mass of the roots. Symptoms in the aerial parts of plants, which are indicators of damage to their root system, are stunting, yellowing, wilting, and poor turgor.

Conditions contributing to root rot are waterlogging of the substrate, low temperatures, increased doses of nutrients, low oxygen levels in the nutrient medium, injury to the roots, poor sanitation, and insufficient ventilation.

Speaking about pythium, Tetyana Ivchenko noted that it can infect 719 plant species, actively spreading when the temperature drops below normal and damaging the root system of young plants and seedlings. The cells of the root system are damaged by enzymes and toxins. The zoospores of the pathogen quickly spread in the nutrient medium, and with the help of oospores, they can remain viable for a long period.

“Recent molecular studies have established that organisms of the oomycetes class, including Pythium, are protists. Their mycelium, unlike fungi, does not consist of chitin, but of cellulose, so modern fungicides against these diseases are ineffective. As a rule, oomycetes are saprophytes that feed on plant debris. But among them there are also obligate parasites, which spread and multiply very quickly in hydroponic systems and in systems with a constant circulation of working solutions,” she said.

According to her, the signs of damage to plants by pythium are a decrease in root mass, a decrease in the number of root hairs, signs of rot on the tips of the roots from honey-brown to black, a modification of the appearance of the roots (the so-called “rat tails” are formed).

Read also: Fruit and vegetable sector of Ukraine during the war: hi-tech, science and constant development (Part I)

The tactics of organizing the production of crop products in a controlled environment, in the context of combating this disease, should include the selection of tolerant crops, reducing stress for plants, the use of balanced nutrient solutions, and sanitation. The addition of nutrient media with organic components reduces the efficiency of disinfection. Given that water is one of the main sources of Pythium contamination in hydroponic systems, the following water treatment methods are recommended: physical (filtration, UV lighting, pasteurization), chemical (chlorine, chlorine dioxide, copper and silver ions, surfactants, hydrogen peroxide, ozone, nanoparticles) and biological (biological control, biological surfactants, and slow filtration).

As Tetyana Ivchenko said, the world began to grow plants using hydroponic technologies in the 1930s. One of the first studies concluded that at low pH levels, the plant is deficient in nutrients, which leads to a decrease in its yield. At the same time, the reaction of crops to low pH is specific for different species, varieties, and growing systems (substrate or flow hydroponics). The pH of the hydroponic nutrient solution was recommended to be kept at 5.5-6.5 (neutral). 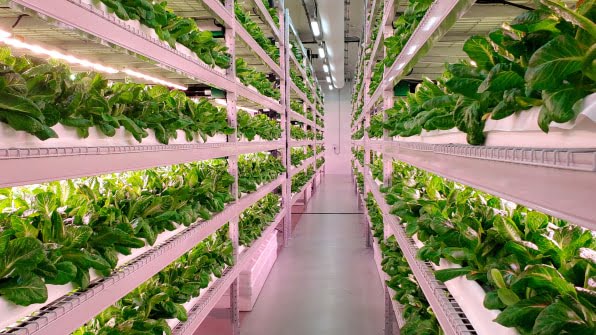 Recent studies have found that changing the characteristics of the nutrient solution in hydroponics, including lowering the pH to less than 5, as well as controlling the temperature at 18-20 degrees, helps reduce plant disease. And that, in particular, low pH affects the formation of zoospores. Therefore, work is now underway to select crops that are tolerant to cultivation at a pH below 5. These already include some varieties of lettuce, spinach, and basil.

Analyzing the risks of the spread of diseases and pests in the production of fruits and vegetables in vertical farms and ways to overcome them, Tetyana Ivchenko also focused on the Crazy Root Disease, the causative agent of which is the bacterium Agrobacterium rhizogenes. According to her, the disease, which has a high severity in Canada and the United States, affects vegetables grown in hydroponics – tomatoes, cucumbers, eggplants, and peppers. The causative agent contains Ri-plasmid, which causes neoplastic (malignant) cell growth, provokes strong root growth, and affects hormonal balance and plant development. Due to the peculiarity of the structure, the bacterium is highly resistant to chemical plant protection products, so it is difficult to fight the disease.

“A universal solution to overcome the above problems does not yet exist. Therefore, we recommend doing regular monitoring to identify the problem at its initial stage, carry outing accurate diagnosis of diseases, developing the effective management system, and recording the sequence of all measures taken to protect plants,” Tetyana Ivchenko concluded.

Key mistakes of vertical farms or why the experience of champignon growers, high-tech greenhouses and witloof producers should not be ignored