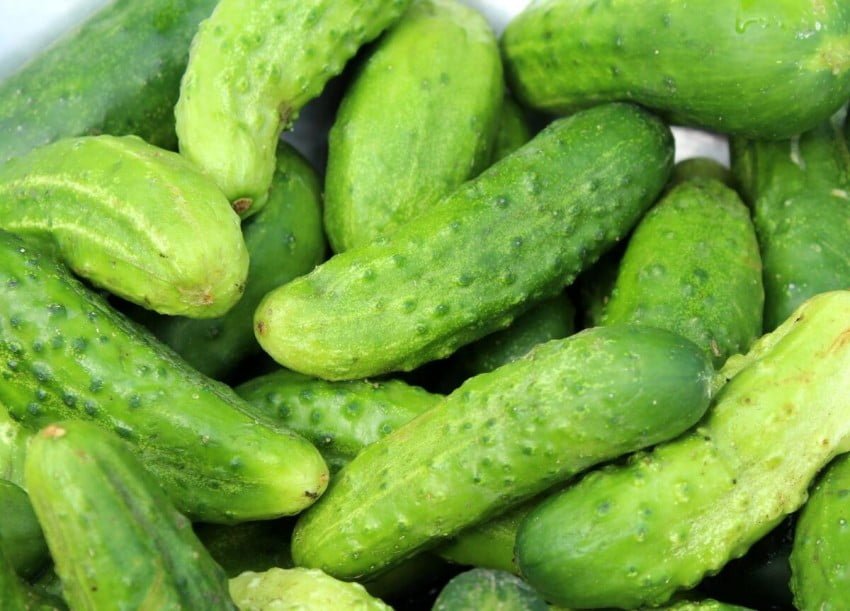 At the same time, the record monthly export volume of cucumbers during the first half of 2021 was reached in May – the republic exported 3.5 thousand tons of cucumbers worth $ 2.6 million. 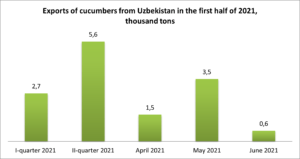 Source: State Committee of the Republic of Uzbekistan on Statistics

In general, in January-June 2021, Uzbekistan exported 8.3 thousand tons of cucumbers worth $ 8.0 million, which in value terms is $ 2.5 million more than in the same period last year. The increase in the total value of cucumber exports compared to the same period in 2020 amounted to 45%.

As follows from the data of the State Committee on Statistics of the Republic, almost the entire volume of cucumber exports in the first half of 2021 (99.5%) was delivered to the markets of three countries: Kyrgyzstan (51.8% of all exports), Kazakhstan (36.1%) and Russia (11.6%).

Over the past few years, the highest volume of cucumbers exported from Uzbekistan was recorded in 2018. The data for the first half of the year suggests that in 2021 the export of cucumbers might be even higher than last year. 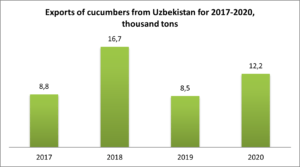