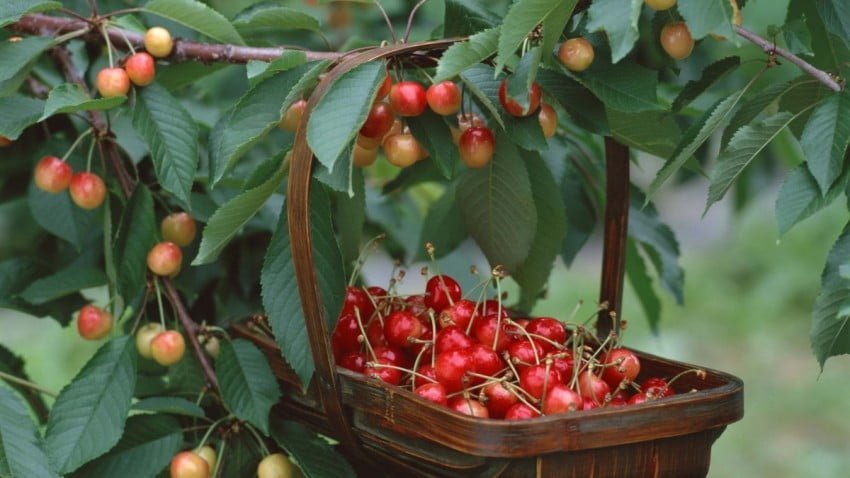 According to the Uzbek team of EastFruit , there are no more than 7-10 days left until the end of the peak harvest of cherries in Uzbekistan. Despite the fact that the current season for the sale of cherries in Uzbekistan started with significantly higher prices compared to 2020 , by now the wholesale prices for this fruit have already reached the level of the same period last year.

EastFruit experts believe that cherry prices will continue to decline. Moreover, if the rate of decline continues, which is a very likely scenario, it will be cheaper to buy cherries in bulk by the end of this season than on June 10-15, 2020. In other words, the 2021 season, which began with very high prices, could end with very low prices.

The 2021 season in Uzbekistan began about 10 days later than last year, and wholesale prices for the first large batches of cherries were 35% higher than last year for small caliber (less than 26 mm). Prices for large-caliber cherries (26+), which for a long time were not on sale in sufficient volumes, were initially twice as high. Following an established pattern, prices gradually declined, but remained well above last year’s levels until around May 20, 2021.

In the third decade of May, the gap with last year’s prices began to rapidly narrow, but still prices in the 2021 season remained significantly higher than on similar dates for the 2020 season. As of May 27, 2021, prices for cherries less than 26 mm in size were still 25% higher and for large cherries 46% higher. However, a week later, the prices of cherries on the wholesale markets were equal to those of the previous year.

So why was there such a sharp drop in prices shortly after?  The main reason for the Uzbek cherry growers is the sluggish demand for their products in the last 5-6 days. As of June 4, 2021, in the Fergana region (one of the most important for cherry production), the prices offered by traders to farmers were: $ 0.50- $ 0.66 / kg for unsorted cherries and about $ 0.95 / kg for sorted by size and defects. According to one of the traders, the decline in demand is due to the presence of cherries from Turkey, Iran and Azerbaijan in the Russian market, which have sharply increased supplies. Probably this also affects the prices on the domestic  cherry market in Uzbekistan, because now much more of these stone fruits are supplied in the country.

According to EastFruit experts, forecasts for a further decrease in prices for cherries in Uzbekistan delight consumers, but do not delight producers in any way. Judging by the weather forecast, the average air temperature from 4 to 12 June in the same Fergana region will reach 39 degrees Celsius, which is 9 degrees higher than the average temperature recorded in the same period last year. This will cause to the remaining of the cherry crop to ripen more quickly and speed up its harvest. Accordingly, this means an even sharper increase in the supply of cherries, not only from farmers, but also from households.

Should be taken in consideration also that hot weather will create preconditions for faster spoilage of fruits and a decreased shelf-life knowing that the adoption rate of equipment for fast-cooling of the cherries remain very low in Uzbekistan.

All these factors, coupled with sluggish demand from exporters, will put pressure on the price. Exporters will have to reduce it in order to “push” cherries on the Russian market, which is the main sales market for Uzbekistan.