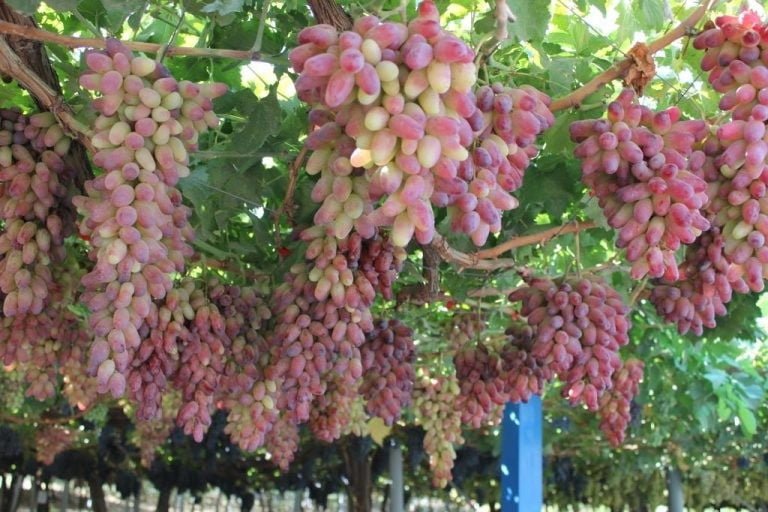 EastFruit analysts note that Tajikistan for the first time entered the official list of the 10 largest suppliers of table grapes to the Russian market in 2021, becoming ninth in it. The total volume of official exports over the year reached a record 9 100 tonnes – hundreds of times more than in 2020 and than the usual official export volumes.

This allowed Tajikistan to bypass such large exporters of table grapes as Iran, South Africa, Armenia and Argentina on the Russian market. However, its grape export volumes were still very far from the leaders, Turkey and Uzbekistan, each of which exported more than 100 000 tonnes to Russia in 2021.

Should such a sharp and unexpected increase in the exports of fresh grapes from Tajikistan to Russia be considered a success and a breakthrough? Many market participants consider this event to be positive, and they explained why it became possible.

Back in September, we wrote that Tajikistan was cut off from two of the most important markets for table grapes: from Kyrgyzstan and Afghanistan. This forced local traders to look for solutions. Although later export supplies of Tajik grapes to Afghanistan resumed, a sharp decrease in the income level of the population of Afghanistan did not allow Tajikistan to sell grapes there in the same volumes and at an equally attractive price.

Read also: TOP-10 events in the produce business of Tajikistan in 2021

Thus, exporters had no other choice but to start legal exports of grapes to the Russian market through Uzbekistan. At the same time, Uzbekistan itself was a competitor and also exported grapes to Russia. The situation was aggravated by the fact that Russia was oversaturated with cheap grapes from Uzbekistan. So, Tajik exporters had to compete on price, and local growers received an even lower price than Uzbek ones due to more expensive logistics.