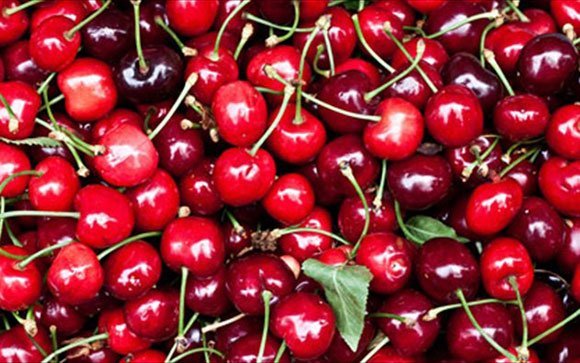 Cherries are a traditional profitable business for small farmers in Uzbekistan, who are called “dehkans” here. This traditional method continues to provide the bulk of the production and exports of cherries from Uzbekistan, bringing the country up to $ 100 million in export revenues and making it one of the world’s four largest exporters of cherries.

Modern intensive cherry orchards have recently begun to appear in Uzbekistan, but their share in the production structure is still small.

To show how much work is done to ensure that consumers in Russia can taste sweet Uzbek cherries, the EastFruit team has prepared this video. We will show how cherries are grown in the traditional farms of the Fergana Valley of Uzbekistan, how they are harvested from tall trees, how cherries are sorted by hand on the farm, packed and where and how they are sold. The entire route of cherries from the tree to the consolidation of the batch in the refrigerator of the wholesale market for subsequent export to Russia can be traced.

Traditional cherry orchards in Uzbekistan’s Fergana Valley are often located along irrigation canals. The video shows an irrigation canal without water, as water for irrigation of cherries is supplied according to a schedule, and the farm is irrigated by old and ineffective furrow method. As a result, water losses from such an approach to irrigation are huge, which is a real waste for the arid climate of Uzbekistan. Switching to drip irrigation could provide higher yields, better plant nutrition and reduce water loss.

The standard area of ​​a traditional cherry farm for one owner is less than half a hectare. In addition to cherries, peaches are also grown in the orchard, which allows for an extended fruit season and more efficient use of labor.

The scheme for planting cherries on a traditional Uzbek farm is 4 by 3 meters. As a rootstock for traditional cherry varieties, a sour cherry rootstock is used.

Harvesting cherries on an extensive farm with huge and tall trees is a risky business. To do this, high wooden stairs or pyramidal structures for better stability are used. However, working at this height unguarded is always a risk.

Cherry harvesting begins at 6 am, before it becomes too hot outside, otherwise cherries quickly lose moisture and quality. Harvesting cherries requires a lot of labor – every day a small farmer hires 10 to 25 people to work in the orchard, depending on the cherry variety and yield.

Farmer Zokir Shokirov says: “My orchard is 12 years old, we grow the most popular varieties: an early variety “Samarkand” and a later large-fruited variety “Bull’s Heart” or “Tashkent”. The two varieties are good for the domestic market and for export to Russia.”

Harvesters collect cherries in buckets made of light and soft plastic, which ensures the minimum weight of the container and reduces damage to fruit.

Sorting and packing cherries right on the farm

Containers and packaging for cherries are used differently – it depends on buyers. Buyers either buy cherries in the orchard, or a grower brings his cherries to the wholesale market and tries to get a higher price. If cherries are sold before the start of harvesting, early in the morning the buyers of sweet cherries bring boxes of 4.5-5 kg, and then they take the sorted cherries in the same boxes. They take 100% of what was picked in the orchard, including poor quality cherries.

Sorting of cherries by defects and caliber in traditional orchards is done manually in the field. This is a very time-consuming task. This is done by female cherry sorters. They sort through each fruit, examining it carefully for defects, damage, overripe, as well as size. Sorters put cherries in plastic boxes, on the bottom of which cloth is laid (transparent, lightweight textile cotton fabric). This is not ideal because it poses food safety concerns, but it is the traditional way of packaging. It takes a lot of time to sort and pack, and since air temperatures are very high, often more than 40 degrees Celsius during the harvesting of cherries in Uzbekistan, cherries quickly lose moisture. This means that farmers lose their money as cherries lose moisture every minute they are kept in hot temperature.

Mobile hydrocooling would definitely help, but farmers cannot afford this, because such technologies cost hundreds of thousands of dollars. However, it is possible that over time, wholesalers will make such investments, since it is already becoming difficult for Uzbek cherries to compete with Turkey and other suppliers even in the Russian market, which leads to a drop in prices for cherries.

The cherries that aren’t suitable for exports due to defects of size are sold at a half price for processing or for the fresh market for low-income consumers.

There is an important infrastructure element in the wholesale market – cold rooms for cooling and temporary storage of cherries and other fruits, where they are kept until the required volume is formed.

Fruits are sold in the evening and at night, which, given the hot weather in Uzbekistan and the business of growers during the day, is the most suitable time for trade. From about 7 o’clock in the evening, cars loaded with boxes of fresh fruit start to pull in. They are already sorted by caliber, color and defects, packed in boxes in accordance with the standard export requirements for shipment to traditional export markets. These requirements are known to every farmer.

Fruit and vegetables are brought to this wholesale market from the entire Fergana Valley – from the Namangan, Fergana and Andijan regions of Uzbekistan. From several hundred to a thousand cars enter this market per day.