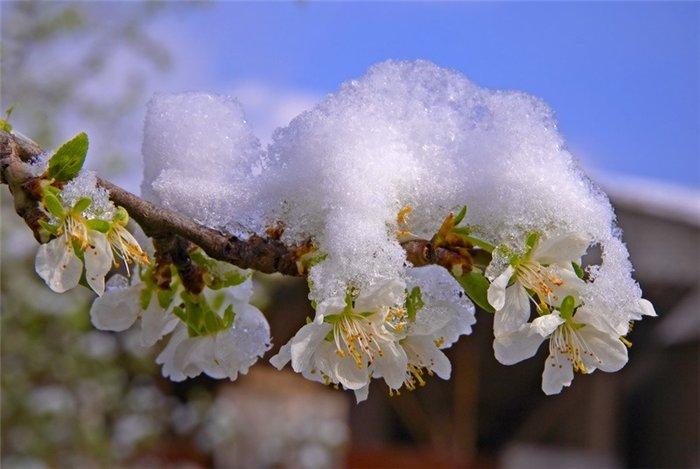 Warm weather and massive early apricot flowering occurred in Tajikistan and Uzbekistan in February. However, the frosts that came on February 25-27 caused significant damage to orchards in the Central and Northern parts of Tajikistan there are above average losses in the orchards that had begun to bloom.

Bakhtiyor Abduvokhidov, an international consultant for the Food and Agriculture Organization of the United Nations (FAO) in Tajikistan, said that wholesale prices from farmers for dried fruits such as the apricot varieties affected from the frosts have already risen by more than 50%. His announcement was during the national online conference “Apricot business in Tajikistan: efficiency of production, processing and marketing” held this past week.

The event was organized by the EastFruit project with the support of the Food and Agriculture Organization of the United Nations (FAO) and the European Bank for Reconstruction and Development (EBRD). The partner of the event was the agro-media agency Sapienza.

“During February 25-27, temperatures in Tajikistan and Uzbekistan dropped to -10 degrees. In the southern regions of Tajikistan, apricots had already withered at the onset of cold weather. In this part of the country, this is normal because we have early apricots from South Khatlon already at the end of April. In central Tajikistan, massive flowering had noted during the frost period. In the north of the country, where 80% of the plantations are located, apricots bloomed in places but it was mostly swelling of the buds, the flowers had not bloomed.

The damage was suffered by orchards in the middle and northern parts of Tajikistan in particular the Bobodzhon-Gafurov and Asht districts where up to 40% of the orchards had already begun to bloom so the losses are above the national average,” Mr Abduvohidov said.

He went on to say that on average in Tajikistan, up to 30% of apricot orchards were affected. The remaining 70% are still in question because the flowering and pollination process is still ongoing. Also, mainly yellow apricot varieties were affected including mid-season varieties that are sold in the high price segment like dried fruits. Losses are noted for the Boboi and Mirsanchali varieties. According to the expert, the orange varieties are better preserved.

Bakhtiyor Abduvokhidov also pointed out that losses in regions across Uzbekistan are also quite significant: “Great damage is noted in the Bukhara region. Approximately 25-30% of early apricot varieties had blossomed at the time of the frost and of them, approximately, more than 80% will no longer be tied further.”

The apricot plantations in the Samarkand region also suffered great damage. “In this area, according to our estimates, about 50% of the future harvest of early varieties of fresh apricots have suffered,” said Bakhtiyor Abduvohidov.

Thankfully, farmers of the Fergana Valley noted that there were no blooms during the frosts so the damage was about 5%, which is included in the category of ordinary losses. In the south of Uzbekistan, losses were also within the normal range of 5-10%.

The FAO expert also added that spring frosts affected the price of dried fruits. In particular, the cost of those affected apricot varieties has already risen by more than 50%. “Wholesale prices for some varieties have risen by 100% and this jump is due to the fact that farmers do not want to sell their products. Wholesalers who have contracts to process and supply products do not have raw materials. Farmers have stopped sales and are waiting for prices to rise,” said the FAO expert. Bakhtiyor Abduvokhidov also stated that only after the next frost at the beginning of April, it will become known whether the price will go down or will rise.

“Traditionally, farmers conduct approbation and assessment of the future harvest in the first week of April. Then, contracts are concluded for the lease of apricot orchards so everyone is waiting to see how it will go,” Bakhtiyor Abduvohidov added.

Below is the video of Bakhtiyor Abduvokhidov’s presentation in Russian from last week’s conference: