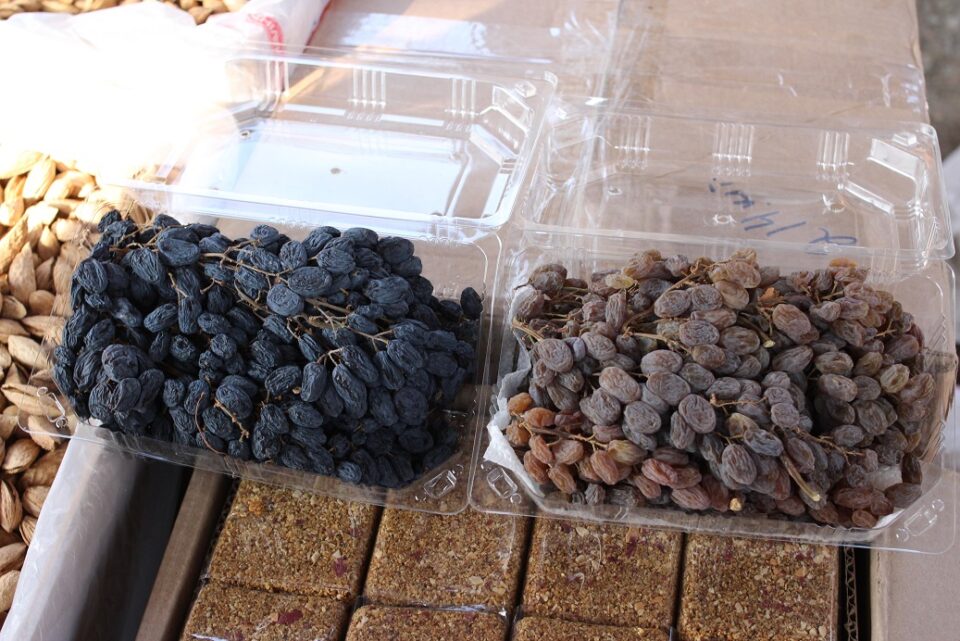 Prices for black and white varieties of local raisins in Tajikistan have increased by 25% compared to the same period last year. At the moment, prices have reached 42-45 somonis ($3.71-3.98) per kilogram.

According to farmers, the rise in prices is not due to inflation and increased demand, but spring frosts that led to a decrease in the grape harvest. “The frost that occurred on April 7, 2020, caused great damage to the grape harvest in the dehkan farms of our city,” says Ayub Iskandarov who has a vineyard in the city of Istaravshan. “Because of those frosts, many farmers in Istaravshan and Devashtich region lost 40 to 50% of their harvest and the quality was not the best. After harvesting, we sold most of the raisins in bulk at a price of 25 to 28 somonis ($2.21-2.47) per kilogram.

Even at the largest wholesale market for dried fruits and raisins in the Surkh village of Isfarain in Tajikistan, it did not and still does not have a large selection of raisins this year.

Facing reduced supply in Tajikistan, wholesale buyers purchasing raisins for export increased their purchases in markets of the Samarkand region of neighbouring Uzbekistan. In the Samarkand region, a large number of cooperatives and dehkan farms are engaged in the production of raisins whereas in Tajikistan, raisins are grown and dried only on individual farms in Istaravshan, Penjikent, and the Devashtich and Babadzhan Gafurovsky districts.

At present, farmers are carrying out agrotechnical measures in their vineyards related to winter irrigation called “yakhobmoni” (яхобмони in Russian) as well as the fight against agricultural pests in hopes to avoid natural disasters next year.

How much will residents of Uzbekistan and Tajikistan pay for russian aggression in Ukraine?