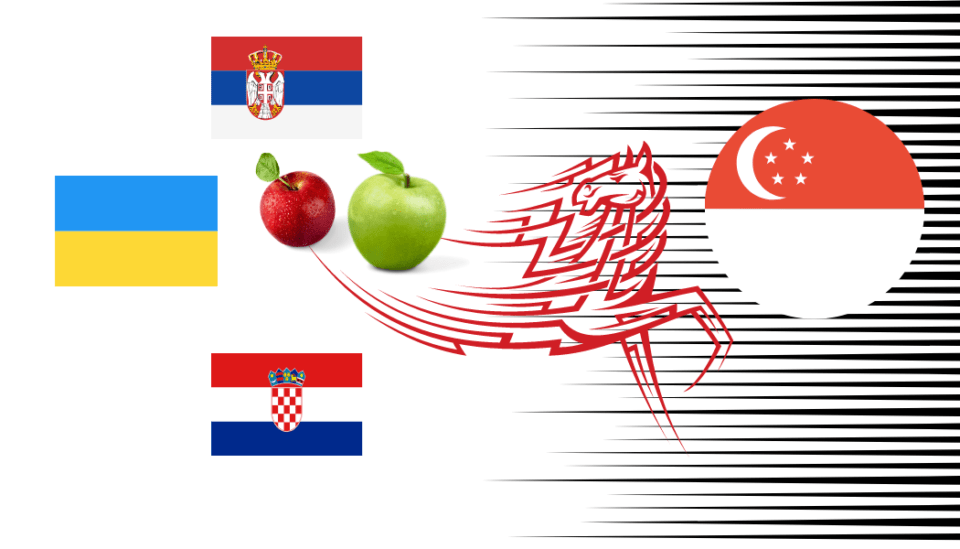 According to EastFruit, Ukraine kept losing its position in Singapore’s fresh apple market in 2021. As of year-end 2021, Ukraine became 14th among the largest apple exporters to Singapore, having supplied only 42 tonnes – the same as in 2020.

Moreover, among European suppliers, Serbia and Croatia were ahead of Ukraine in terms of apple supplies to Singapore. Notably, Croatia has not previously supplied apples to the Singapore market, and Serbia has increased its exports by 1.5 times in 2021. France and Italy exported the largest volumes of European apples to this country of the ASEAN region – 1.9 and 0.7 thousand tonnes, respectively. Thus, Ukraine was only fifth among the largest European suppliers of apples to Singapore.

“After a sharp increase in apple imports in 2020, we observed a downward trend in apple supplies to Singapore in 2021, despite the relatively low apple prices in the region. At the same time, all the main apple exporters to the Singapore market, China, New Zealand, South Africa and the United States, have reduced their supply volumes. Apple imports from the United States fell most sharply, by 40%,” says Andriy Yarmak, economist at the Investment Centre of the Food and Agriculture Organization of the United Nations (FAO). “Thus, noteworthy is the sharp increase in the supply of apples from Turkey – it increased exports to Singapore by 37% or more than 350 tonnes over the year,” the expert adds.

In total, Singapore imported 40 thousand tonnes of apples in 2021, 45% of which was imported from China, and 35% from New Zealand and South Africa. The share of Ukraine in the supply of apples to Singapore in 2021 was less than 1%.