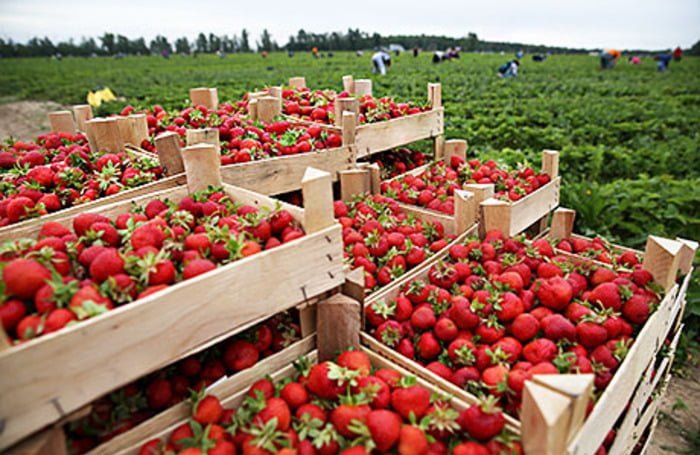 This week, Ukrainian producers have started the sale of strawberries from open field, analysts of the EastFruit project report. However, according to the daily monitoring of the project, the season of open-field strawberries in most horticultural farms in the Western and Central regions of the country was somewhat delayed due to a cold and long spring.

According to market participants, the season of open-field strawberries in Ukraine started about 2 weeks later than last year. At the same time, strawberry growers have already faced many problems. Firstly, these are April frosts, which mainly damaged early strawberry varieties. Secondly, the occupation of the Kherson region, where the growers were among the first to start selling strawberries from open field.

Despite all the above factors, strawberry supply on the Ukrainian market keeps increasing, while prices in the segment, on the contrary, are declining. As a result, local strawberries are currently sold at 40-80 UAH/kg ($1.37-2.73/kg), which is 37% cheaper on average than at the end of the last week.

It should be noted that the supply volumes of strawberries on the Ukrainian market at the end of May last year were significantly higher than today, due to the early start of the sales season. As a result, local farmers were forced to sell them 18% cheaper than today.