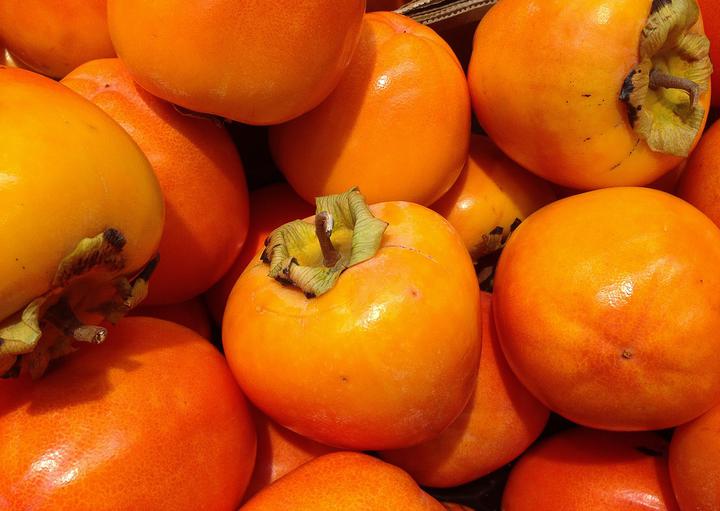 According to EastFruit analysts, there was a sharp increase in fruit and vegetable imports from Georgia to Russia in 2020. During the year, Georgia managed to earn a record $81 million from the exports of fresh vegetables, fruits, berries, and nuts to Russia, which was 62% more than in 2019.

The following graph shows the rise and fall of Georgian exports to Russia in US dollars and percentages. 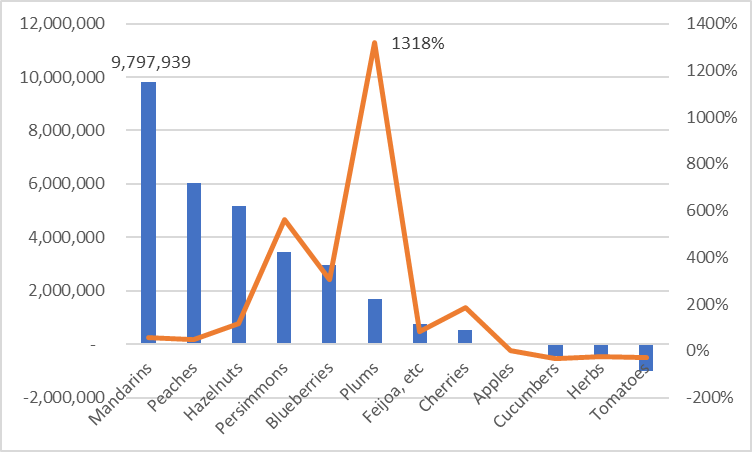 As we can see from the graph, the largest increase in revenue was due to the supply of mandarins, which is Georgia’s primary export to Russia. Their exports grew by 57% or nearly $10 million in a year and reached $27 million.

The exports of exotic fruits and vegetables such as feijoa, pomegranate, etc., also increased by an impressive 85%. This means that Georgian entrepreneurs continue to search and successfully find various niches in the fresh produce business.

Exports of vegetables and greenhouse products from Georgia to Russia continued to stagnate. According to EastFruit‘s estimates, the cost of energy for producing greenhouse products was the highest in Georgia and Ukraine for the region, making it less competitive than for the suppliers of these vegetables from Central Asian countries. In particular, herbs can be grown in the open field even in winter in Uzbekistan and Iran. Also, less energy is needed to heat greenhouses in these countries since the average temperatures are higher and energy prices are much lower.

Accordingly, in 2020, the exports of cucumbers and tomatoes from Georgia to Russia fell by about a third, and herbs by a quarter. FAO and EBRD experts drew attention to issues growing and exporting herbs from Georgia back in 2018 highlighting that Georgia needed to look for alternatives to the Russian herbs market and to expand the product range.