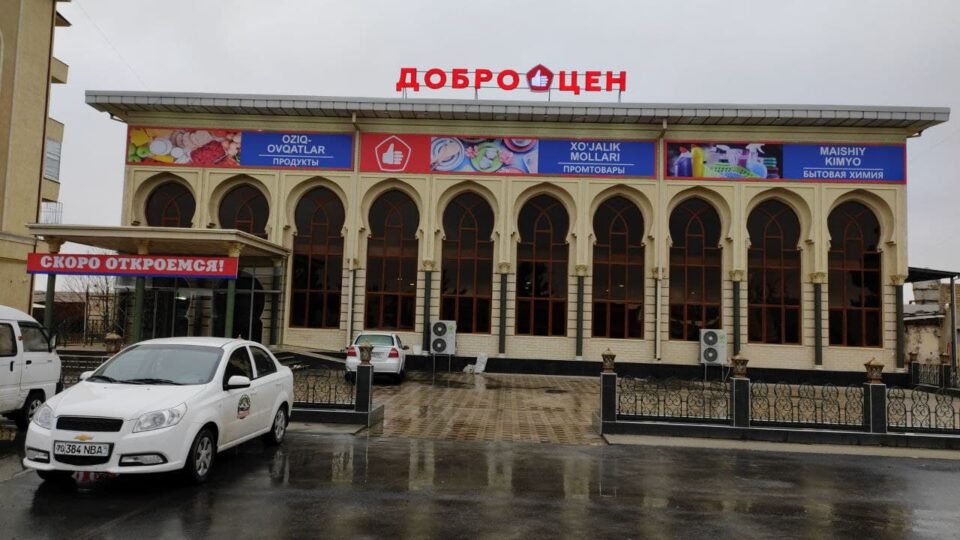 The russian chain of low-price retail stores Dobrocen, which entered the Uzbek market just 3.5 months ago, announced the temporary closure of its stores in Uzbekistan, EastFruit experts report, citing Telegram channels of the chain’s outlets.

To date, the russian chain “Dobrocen” has 5 stores in Uzbekistan – in the cities of Tashkent, Bukhara, Karshi and Margilan. Liquidation of goods in these stores has started on March 30, 2022 and they will be sold at half price.

The photo shows the announcement about the closure of stores in Uzbekistan, posted on the Telegram channel “Dobrocen” Karshi store. It states “50% discount on all goods from 30/03/22 to 28/04/22” (translated from Uzbek).

According to the Qashqadaryo 24/7 Telegram channel, the reason for the closure of stores is “unfavorable situation in russia”, they may reopen, but it is unknown when. The same reason for closing stores is indicated in the Dobrocen Margilan Telegram channel. However, while in the first case the resumption of the work of the Dobrocen stores is said to be possible, the second source writes about the temporary suspension of the activities of the store in Margilan for 2-3 months.

We remind you that the plans of the Dobrocen chain to enter the Uzbek market were announced in October 2021. On December 18, 2021, the first Dobrocen store in Uzbekistan opened its doors in the city of Bukhara, where more than 1 500 items of food, household chemicals and non-food products were presented. On December 25, 2021, the russian chain opened three more stores in other cities of Uzbekistan – in Tashkent, Karshi and Margilan, and then one more in Margilan. Thus, the number of Dobrocen stores in Uzbekistan has reached 5.

As of December 2021, the russian retail chain Dobrocen had 500 stores. The Dobrocen chain abroad is present in four countries: in 2019 it opened its first store in Belarus, at the end of April 2021 in Kazakhstan, in December 2021 in Uzbekistan and Armenia.

A feature of the Dobrocen retail chain is its format of a store-warehouse without division between the trading area and storage, with the display of goods not on shelves, but directly on pallets. The retailer’s assortment includes about 1 200 items of the most popular high-quality food products and everyday household goods at the lowest possible prices.