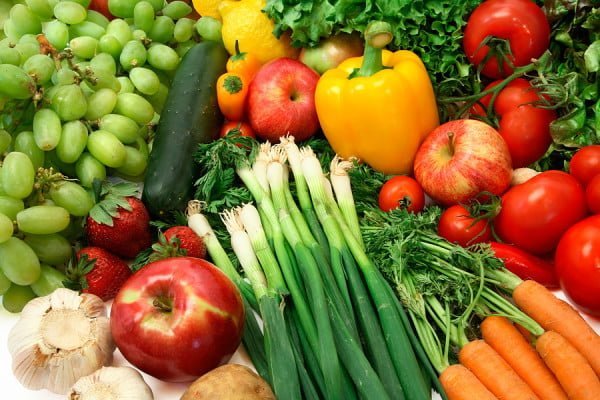 Home › News › Russia: prices for vegetables and potatoes rose sharply over the year, while prices for fruits and berries fell

EastFruit analysts analyzed wholesale prices for vegetables and fruits in Russia as of the end of May 2021, comparing them with prices for the same period in 2021 and identified several unusual price anomalies. Data from the largest fruit and vegetable trading group EastFruit Trade Platform and our own monitoring of wholesale fruit and vegetable products in the Russian Federation based on information from producers and importers were used for the analysis.

The products which rose in price the most were table beet and Chinese cabbage. Both were sold on average seven times more expensive in Russia at the end of May 2021 than at the same time in 2020. Farmers who managed to produce and store them until the end of May in modern vegetable stores can get seven times bigger profit for their products, but consumers will have to pay much more. It should be noted that the supply of both table beets and Chinese cabbage fell sharply compared to last year, which was the main reason for the price increase to 60-70 rubles/kg ($ 0.9 USD) for beets and 20-25 rubles/kg ($ 0.3 USD) for cabbage in the wholesale.

The prices for potatoes, carrots, onions and white cabbage increased less dramatically. Cabbage, carrots and potatoes have risen in price by an average of 2.5 times, and onions by 40%. At the same time, there are vegetables and potatoes of a new harvest on the market, though mostly imported.

Early potatoes, which cost an average of one and a half times more than the old potatoes and are imported from Egypt and Central Asian countries. This year the young potatoes can be bought on average 10% cheaper than a year earlier. Early onions costs approximately the same, but they are also one and a half times more expensive than old ones. The decline in prices for early vegetables is due to the huge overproduction in Tajikistan and Uzbekistan, which led to a collapse in prices there and a sharp increase in the exports of onions to Russia. However, early white cabbage costs on average 2.5 times more than a year earlier. Early carrots and beets are also expensive.

In Russia, garlic has risen in price by 11% over the year, leaf salads – by an average of one and a half to two times, and the only vegetable that fell in price was radish. This year it could be bought at the end of May, one and a half times cheaper than last year.

We also note the growth in the supply of asparagus in the Russian market. This healthy vegetable is becoming more and more popular in the country. At the same time, prices for asparagus remain relatively high, as the offer is limited. You can read who grows asparagus in Russia and how much asparagus is produced annually in our exclusive article .

The fruit prices are better, however not for all of them.

To begin with, strawberries have significantly dropped in price over the year. The drop averaged 10-20%, but it is more impressive against the backdrop of a delayed start of the season and a high residual supply of cheap apples. This suggests that strawberry production in Russia is growing, and its prices are at the height of the season, i.e. they may well collapse in the second half of the season.

Apples of the most popular varieties in Russia have fallen in price by an average of 15-20% over the year. Russian farmers have learned how to store apples until June in modern fruit storage facilities, so they are now much more affordable than a year ago. In addition, despite the last year’s frosts and panic statements by sector associations about a decrease in the apple harvest in the Russian Federation, EastFruit analysts were right that apple production in the Russian Federation in 2020 increased.

Apricots and cherries at the end of May 2021 cost an average of 20-25% more than a year earlier. The main reason is frosts in Central Asia and Uzbekistan in particular, which destroyed a significant part of the stone fruit harvest. As for apricots, the situation is close to catastrophic – Uzbekistan, which was the second largest exporter of apricot in the world last year, does not export it and even imports it from neighboring Tajikistan in 2021! Accordingly, prices for apricots in Moscow are now even lower than in Tashkent, and apricots and cherries are imported to Russia mainly from Turkey. Russian farmers will start the sales season of their own apricots and cherries this year much later than usual – around the end of June.

Imported bananas, which are the most popular fruit in Russia, have slightly increased in price this year. The sector remains tense regarding bananas due to the spread of the Tropical Race 4 (TR4) virus, which affects primarily the exported Cavendish banana variety, as well as a number of other factors that we analyzed in the article “Bananas are becoming more expensive everywhere and may even disappear”.

According to surveys of fruit market experts conducted by EastFruit, we should expect a decrease in average wholesale prices for blueberries, that are becoming more popular, this year in Russia. A detailed analysis of the prospects for its production, popular varieties, etc. in Russia, Belarus and Ukraine is contained in the analytical study “Market for blueberries in Eastern Europe“.

We remind you that more than 16 thousand exporters, importers and producers of vegetables, fruits, berries and nuts from 50 countries of the world already use the largest fruit and vegetable trading group in Telegram EastFruit Trade Platform, where trade transactions worth millions of US dollars are carried out weekly. Wholesale prices for the entire list of fruit and vegetable products for Russia, Belarus, Uzbekistan, Moldova, Georgia, Tajikistan, Poland and Ukraine are available here.