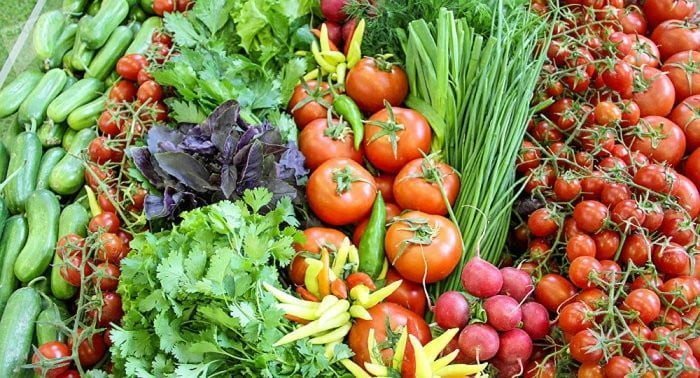 Home › News › Russia lifts temporary restrictions on the imports of plant products from the Fergana region of Uzbekistan, except for tomatoes and peppers

An official statement was published on the Rosselkhoznadzor website. It says that given the information by the State Plants Quarantine Inspection of Uzbekistan on strengthening control over phytosanitary certification when exporting quarantined products to Russia, the department deems it possible to allow the import of all plant products from Fergana since April 7, 2021 with assurances of the Uzbek side, but with the exception of tomatoes and peppers.

The import of tomatoes and peppers from the Fergana region of Uzbekistan to the Russian Federation was banned from November 26, 2020. The Rosselkhoznadzor explained this by referring to the tomato brown rugose fruit virus (ToBRFV) detected in tomatoes. As stated by Rosselkhoznadzor, the agency introduced this restriction in order to prevent the introduction and spread of this virus in Russia, guided by paragraph 1 Article VII of the International Plant Protection Convention. Viruses of brown rugose of tomatoes, spotted wilting of tomatoes and pepino mosaic virus are not included in the Unified List of Quarantine Objects of the EAEU. As a temporary quarantine phytosanitary measure, on 27 July 2020, a requirement was introduced to ensure their absence in seeds, seedlings, tomatoes and peppers imported to Russia. The requirement will remain in effect until these viruses are included in the Unified List of Quarantine Objects of the EAEU. At the same time, the department appealed to the Eurasian Economic Commission with a request to promptly consider the issue of amending the Unified List with the indicated pests.

A ban was imposed on the supply of all plant products from the Fergana region of Uzbekistan to Russia on December 11, 2020 due to the detection of the khapra beetle (Trogoderma granarium Ev) in dried apricots that arrived in Russia.

Around this time, imports of vegetables and fruits from other countries were also banned for quarantine reasons. Bans were imposed on fruit and vegetables from Armenia, Azerbaijan, Turkey and even Belarus.

According to the Rosselkhoznadzor report dated December 3, 2020, during the quarantine phytosanitary control of a 1-ton commodity consignment of dried apricots from Uzbekistan, a quarantine object for Russia and the EAEU member states, a khapra beetle (Trogoderma granarium Ev.), was detected. This batch entered Russia accompanied by an Uzbek phytosanitary certificate attesting that the products comply with Russian phytosanitary requirements.

Khapra beetle is considered officially eliminated in Uzbekistan. In 2008, due to the detection of the khapra beetle in dried fruits, the Rosselkhoznadzor already introduced temporary restrictions on the import of quarantined products from Uzbekistan, which were later canceled based on the results of an audit of the Uzbek phytosanitary control system.