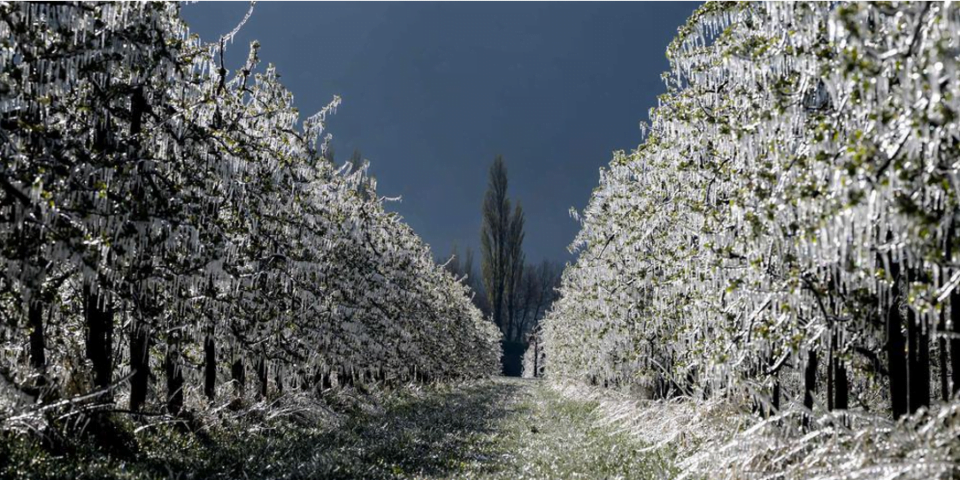 The ordeal continues for the French farmers after more than one week of fighting with the frost wave. A frost wave that according to “Julien Denormandie” the French Minister of Agriculture and Food, is “Probably the biggest agronomic disaster of the 21st century” as reported by Le Figaro.

According to the minister is still too early to quantify the damage precisely but “several hundred thousand hectares have been impacted”.  This episode will be felt by consumers because there is going to be a shortage of certain local fruits like apricots of cherries which will also drag an increase in imports the minister noted. The institutions are also preparing a consistent support program for this exceptional weather episode.

As reported by FreshPlaza, Josselin Saint-Raymond the director of the National Associations ”Pomes Poires”  considers that all the production areas have been affected in this historic freeze and “Orchard protected by sprinkling systems will be harvested but the unprotected orchards suffered a variable damage that could go as far as the total loose of harvest”.

Apricots were particularly affected by the frost wave, Bruno Darnaud president of the “PDO peaches and apricots of France” reported. “in some production zones 100% of the harvest have been lost and the prices should go up a bit in the coming months”

For Didier Costille a fruit producer in Haute-Saone it’s still a bit early to quantify the damage and in addition to frost they have also 8-10 cm of snow.  “the cherries are 90% affected and the mirabelle plums are gone” “Our largest cultivation area is with apples and pears which are damaged at 90% “he reported to FreshPlaza

France and Europe are not the only fruit and vegetables production zones hit by such weather events in 2021. As reported by the EastFruit experts, Uzbekistan’s fruit sector was heavily affected and the prices of Uzbek apricots, plums, peaches, nectarines and almonds are expected to soar due to frost loses.

Will Uzbekistan, the world’s second largest exporter of apricots, become a net importer in 2021?

Asparagus season is delayed in Ukraine, but it is likely to be successful

Apples, stone fruits and berries in Poland are again affected by the frosts