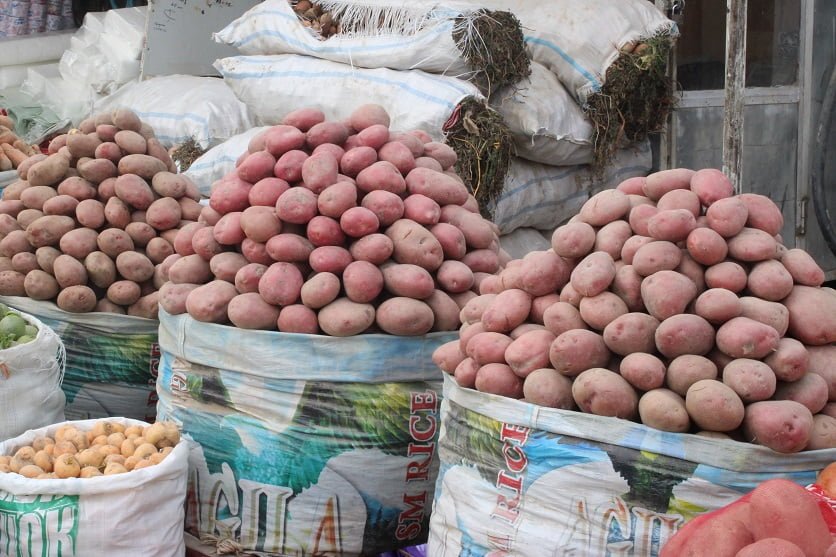 There has been growth in the prices for potatoes in Tajikistan. If one week ago, potatoes cost 4-4.5 somonis/kg ($0.36-0.40/kg), then this week the price rose to 6 somonis ($0.54). According to the Avesta Information Agency, the rise in prices was mainly in the areas closest to the capital city. Dushanbe also hosts periodic food fairs on the streets similar to an urban farmers market where the average cost of potatoes is 4.5 somonis.

The recommended consumption rate for potatoes in Tajikistan is 92 kg per person per year. To provide enough potatoes to the population of the Republic and taking into account its size, it is would require producing approximately 870,000 tons of potatoes per year. According to the Ministry of Agriculture, Tajikistan produced a total of over 1.2 million tons of potatoes in 2020.

The Agriculture Minister Sulaimon Ziyozoda reminded that not all of the potatoes produced will be on the market since a third of the harvest will be used as seed potatoes. “In 2020, one person needed 92 kg per year and we collected 70 kg per capita. Thus, there was a shortage of 22 kg per person,” said the minister. He also stated that the production of 1.4 million tons of potatoes is expected for this year. “We hope that in the coming years we will export to countries in the region up to 300,000 tons of potatoes per year.”