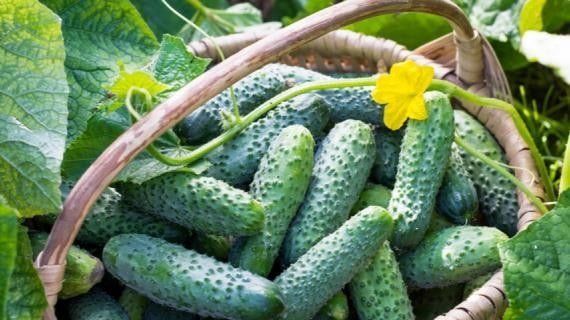 Russian cucumbers were actively purchased by Belarusian wholesale companies two weeks ago, and through Belarus they were re-exported to the markets of Poland and Ukraine, analysts of the EastFruit project report. However, representatives of greenhouses in the Russian Federation started increasing the selling prices for cucumbers since the beginning of this week.
Greenhouse cucumbers from local factories have increased in price by an average of 33% just since the beginning of the week. Today, the supply of greenhouse cucumbers on the Russian market is extremely limited, and this also applies to imported cucumbers, the volumes of which have sharply decreased. In this situation, local greenhouse plants can raise prices for cucumbers almost every day. Today, they are sold at 80-130 RUB/kg ($1.07-1.74/kg), while last week selling prices in this segment started from 60 RUB/kg ($0.80/kg).

It is worth noting that the price rise affected not only local cucumbers. Imported cucumbers were also sold at a much higher price this week. There are now cucumbers produced in Kazakhstan available in small volumes on the Russian market. At the same time, the selling prices for imported cucumbers start at 85 RUB/kg ($1.14/kg), which is on average 1.5 times more expensive than at the end of the last work week. It should be reminded that the Russian market offered lots of imported cucumbers produced in Iran and Kazakhstan a week ago, with the selling prices announced from 55 RUB/kg ($0.74/kg).

We add that today greenhouse cucumbers in the Russian Federation are already on average 30% more expensive than last year. In addition, most of the key market players have no doubts about the further rise in cucumber prices. They explain this by the fact that only a few factories are currently selling greenhouse cucumbers, while a new turnover will become available only in February.