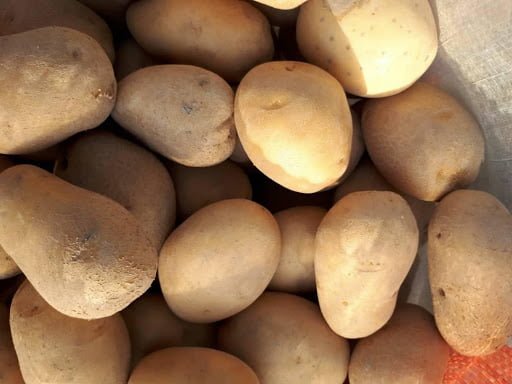 Last week, wholesale potatoes on the domestic market of Moldova fell by about 1 MDL/kg to 3.5-4.5 MDL/kg ($0.19-0.25/kg) for the first time in December 2021. This is the price level of mid-November, when freshly harvested potatoes were supplied to the local market from the fields.

According to representatives of the Association of Potato Growers of Moldova, the reasons for the decline in prices in the last week of December are the same. At the end of the first week of the month, some potato growers harvested the last late potatoes from the fields sown in July. These potatoes are usually kept for seeds. However, sorting is underway and the largest potatoes are sold. This year, late potatoes grown in specialized agricultural enterprises are of high quality.

However, the average Moldovan consumer is wary of large and visually attractive potatoes in the retail chains. They think those are “imported and full of fertilizers”. The demand for such potatoes in supermarkets is rather small; they are purchased for current consumption (households formed “strategic stocks” for winter in autumn). This circumstance puts pressure on prices in store retail, especially since a new round of general price increases is about to start in the country.

In addition, some supermarket chains traditionally began to import potatoes from Ukraine and Poland at the end of November. The volumes of imports are still small, but they can also affect prices in case of a large supply on the market.