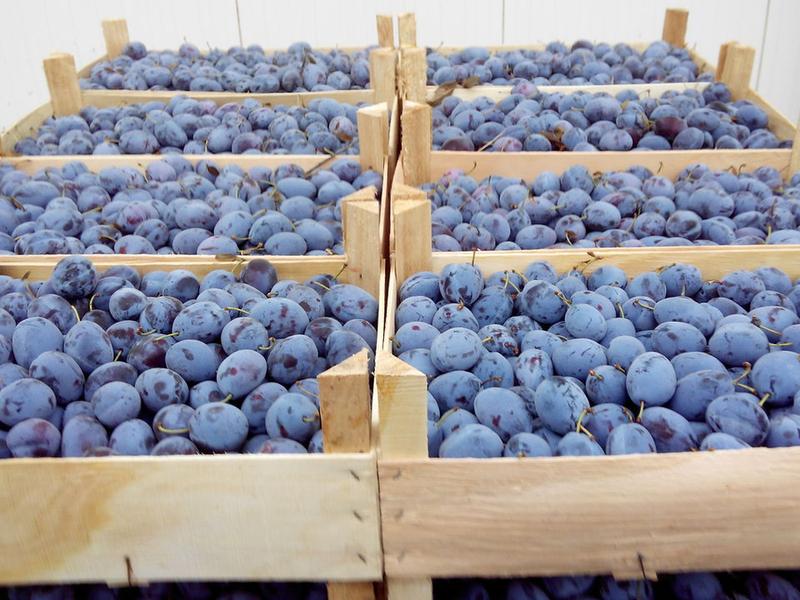 Home › News › Plums are still sold in Moldova, but wholesale prices are lower than expected

Contrary to forecasts that the 2022 Moldovan plum sales season will end at the end of November, there are still plums sold on the Moldovan market in December, EastFruit experts report. So far, these are only local plums of late varieties (“President”, “Elongated”), as well as the Japanese-Chinese type (“Angelina”, “Black Star”, etc.).

According to market operators, there are offers from several large horticultural and trading companies, which put small volumes of plums of the mentioned varieties into fruit storages in the first half of autumn, counting on late sales. However, wholesale demand prices for plums from exporters in late November – early December were lower than farmers expected despite their rather dynamic growth. The sales were low. As for the middle of December, the quality of plums no longer fully meets the needs of exporters (the fruits are still dense, with a wax coating, but the fermentation has started in the pulp, and the taste is average). As a result, all these plums are sold on the domestic market, the supply being large both in wholesale and retail markets and in supermarket chains.

In this regard, it is natural that wholesale prices for plums are quite low: in the national currency, 10 MDL/kg on average is the level of final prices for plums last year, and in dollar terms, it is slightly lower – $0.56 versus $0.52. It is also worth considering that the cost of storing products this year is significantly higher than last year. Apparently, the idea of late sales was not that successful.