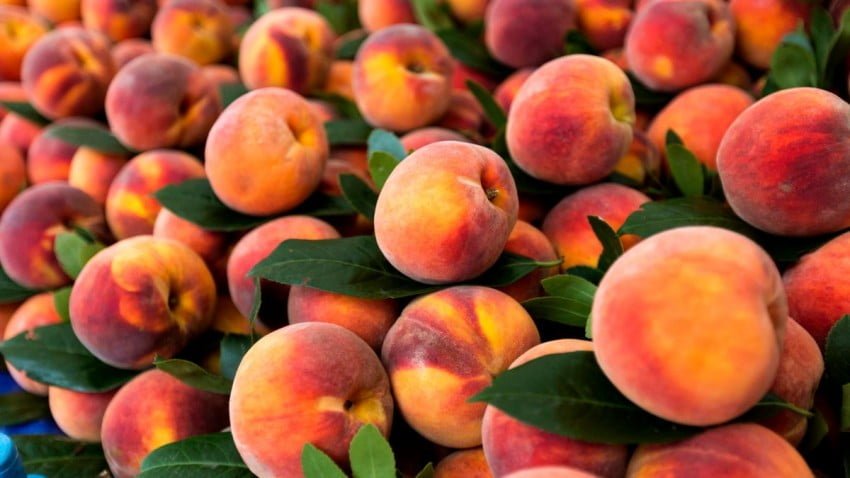 EastFruit experts note extremely low volumes of peach exports from Uzbekistan, despite the fact that the peach export season usually enters an active phase at this time of the year. In their opinion, about a fifth of the current season of Uzbek peach exports is lost.

Peach is the second most important source of exports revenue in the fruit segment of Uzbekistan and is second only to fresh table grapes. As a rule, the exports of peaches from Uzbekistan starts in June, when their peak harvest in the republic begins. Depending on the changing weather every year, June accounts for 3% to 16% of the annual volume of shipments to foreign markets. Over the past 5 years, from one to several thousand tons of peaches from Uzbekistan were exported each year in June, and in 2020 – more than 12 thousand tons! However, according to EastFruit experts, only a few batches of peaches were exported this season.

Peach exports from Uzbekistan enter an active phase in July, accounting for one third to a half of the total annual export volume. Although the first decade of July ends in a few days, peach exports remain extremely low.

The main reason is the high price of peaches in Uzbekistan this season. As of July 1, 2020, the average wholesale price of quality peaches in the capital markets of the republic was 18,000 sums per kg ($ 1.7), which is approximately 3 times higher than on the same date in 2020 and 4 times higher than in 2019. For comparison, in Russia, the main and traditional export market for Uzbek peaches, the average wholesale price is only 20 cents higher and was $ 1.9 per kg on the same date. Exporters from Turkey offer peaches at $ 0.90-0.95 per kg on FCA terms. In addition, at the beginning of July 2021, the average wholesale prices for peaches in Tajikistan were 3 times, and in Georgia – 4.5 times lower than in Uzbekistan. Accordingly, exporters from these countries can supply peaches to the Russian market much cheaper than Uzbek exporters.

In turn, high prices for peaches in Uzbekistan indicate low yields in the 2021 season that resulted from weather anomalies in Uzbekistan in winter and early spring. Although the main regions for the exports of peaches, the Fergana Valley and the Khorezm region, suffered to a lesser extent, the damage from frost in the central zone and southern part of Uzbekistan for peach orchards was significant. At the end of March, the damage to peach harvest due to weather anomalies in the central and southern parts of the country was estimated at 50-70%.

In the past few years, Uzbekistan has been actively increasing the exports of peaches and has been one of the ten largest exporters in the world since 2018. From 2017 to 2020, the volume of peach exports almost doubled in physical terms, from 43.1 thousand to 85.8 thousand tons. In 2020, Uzbekistan ranked 5th in terms of physical volume of peach exports and 8th in the world in value terms.

Considering that peak exports of peaches from Uzbekistan lasts about 100 days, about a fifth of it can be considered already lost for Uzbek exporters. Consequently, there is no need to mention last year’s volumes, and the final data on peach exports in the 2021 season will depend on the further dynamics of its prices in Uzbekistan and in foreign markets.