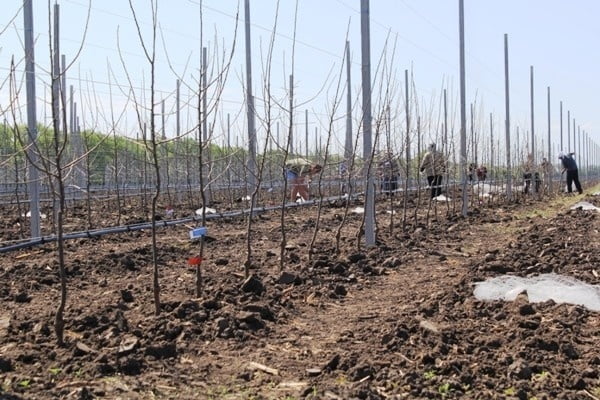 According to the Agency for Interventions and Payments in Agriculture (AIPA), a little less than 1,500 hectares of new orchards were planted in Moldova last year, which is about 60% less than the corresponding figure for 2019, which was more than 3,300 hectares.

The area of ​​planting new apple orchards in 2020 compared to the previous two years has hardly changed, but much less apricot, plum, and cherry orchards were planted. The largest decline was in walnut crops. In 2019 almost 1,200 hectares for walnuts were laid but in 2020 only 163 hectares.

Read also: Moldova’s gross harvest of potatoes and vegetables lower than forecasted for 2020

The agency’s specialists explained the sharp drop in the rate of planting new perennial orchards in Moldova was due to several unfavourable factors in 2020. The first and, apparently, the main one is the drought, which lasted for 2-3 years in some areas of the southern and central areas of the country. In such weather and climatic conditions, a significant number of farmers decided to postpone the process of planting new orchards and vineyards for a year or two.

Another reason is from COVID-19 pandemic restrictions which also contributed to farmers holding back on renewals of perennials. At the beginning of last year, supplies of planting material were delayed from some EU countries to Moldova. Also, horticultural enterprises faced difficulties in hiring labour.