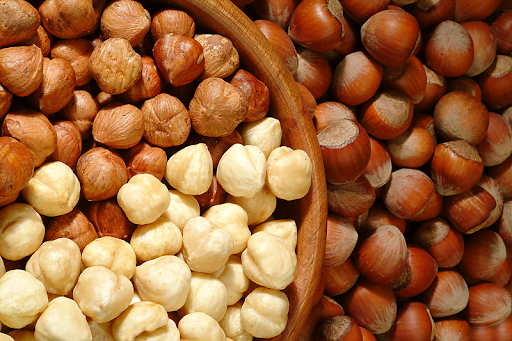 Home › News › New challenges for the hazelnut sector in Georgia

According to the head of the Hazelnut Producers Association, Levan Kardava, the price of hazelnuts has fallen to 4-5 GEL ($1.4-1.7) and no price increase is expected soon. In an interview with bm.ge, Kardava said that the price settled at this level due to the strengthening of the lari against the dollar and the Turkish lira, and due to a drop in demand in Europe and the region, which created the prerequisites for relatively high stocks of Georgian hazelnuts left over from the previous season.

According to various estimates, Georgian farmers still store between 7 000 and 12 000 tonnes of hazelnuts. No orders were received in February-March, but Georgian processors perked up a little in April-May and started accepting hazelnuts for processing. However, both producers and processors believe that farmers will keep about 10% of the 2020/21 crop (5 000-6 000 tonnes) and they will be sold with a new hazelnut crop.

“The low hazelnut price given rising fertilizer prices has caused dissatisfaction among farmers. Despite this, intensive work in orchards is expected, including work supported by the state, which finances pest control activities,” said Merab Chitanava, Chairman of the Executive Committee of the Georgian Hazelnut Growers Association (GHGA). “We have introduced stricter control of aflatoxin levels and do not expect quality problems next season.” Also, Mr. Chitanawa announced the opening of a modern factory, which will allow to export high-quality hazelnut paste, meal and granules.

Meanwhile, the International Nut Council (INC) announced at the congress in Dubai this year the forecast for the 2021/22 season, where supplies from Georgia are expected to grow by 7%. 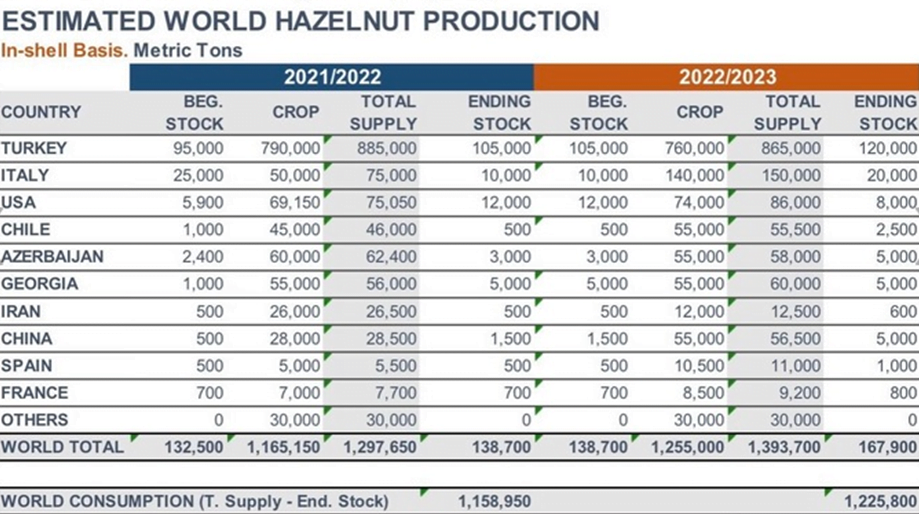 At the same time, regional competition is also growing. For several years in a row, Azerbaijan has been actively increasing the production of hazelnuts, almost half of which is exported to the EU. Thus, if in August 20-February 21 Russia was the leader in the structure of hazelnut kernel exports from Azerbaijan, in August 21-February 22 Italy accounted for 45% (7 300 tonnes) of kernel exports. According to Merab Chitanav, a new production line will be launched in Azerbaijan this season, which will give a significant boost to good post-harvest processing and reduce the risks associated with aflatoxin. Step by step, the Azerbaijani hazelnut market will become a structured source of a premium quality product.

Despite forecasts of increased production, uncertainty in the region and growing competition, Levan Kardava remains optimistic: “There will be no problems with the sale of hazelnuts next season. Most of our export demand comes from the European Union. The near abroad market (Ukraine and the Russian Federation) makes up only 5%. Only the logistics are changing, as the supply of nuts to Eastern Europe becomes more complicated. Until now, if we supplied to Russia through Lars, and then to Estonia, Lithuania and Latvia, now we have to transport nuts through Turkey-Bulgaria, which complicates the logistics. We do not expect radical changes in demand. If the EU buys nuts, we will sell them without any problems. Under the preliminary contracts of the companies it will be clear in early July-August what will be the price of hazelnuts. Since the preliminary contracts have not been signed, it is too early to forecast hazelnut price at this stage,” Kardava said.