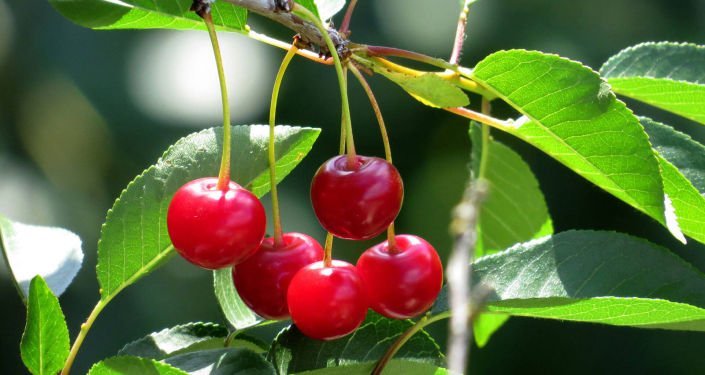 In 2021, sour cherry season in Moldova, like other stone fruits, began about two weeks later than last year. However, the dynamics of prices for sour cherries is radically different from that for other stone fruits, in particular, for cherries. Cherries became available on the local market in the last decade of June. They were offered at the same wholesale price as cherries of medium and high quality for the domestic market then – 15-20 MDL/kg ($ 0.83-1.11/kg). Since then, cherries of any quality have become cheaper. Whereas the prices for sour cherries were kept at the same level and since last week they started to increase. At the beginning of this week, the wholesale price for sour cherries in Moldova rose to 19-25 MDL/kg ($ 1.05-1.38/kg), which is comparable to the price level for export-quality cherries.

Last year, the average wholesale price for sour cherries was in the range of 18-20 MDL/kg ($ 1-1.11/kg) for almost the entire sales season, six weeks. Only in the last, seventh week of the season, the price increased to an average of 25 MDL/kg ($ 1.4/kg). At the beginning of the third week of July 2021, the average price for sour cherries in Moldova is at least 22-23 MDL/kg ($ 1.21-1.27/kg). At the same time, domestic market operators believe that sour cherries will be on sale for at least two more weeks, during which prices may well rise. The reason for this assumption is the low forecast for the harvest in 2021 and a relatively high demand from exporters and processors.

The area of ​​fruit-bearing sour cherry orchards in Moldova is estimated by the experts of the organizations of fruit growers at 3.7-3.8 thousand hectares. In 2018-2019 the commercial production of sour cherries in the country, according to expert estimates, amounted to 7-8 thousand tons. Last year it dropped to about 6 thousand tons. In 2021, due to rainy weather in June, significant amount of fruits deteriorated on the trees; farmers look to the harvest of late-ripening sour cherry varieties. As a result, the sour cherry harvest is unlikely to exceed 4-5 thousand tons this year.

The main share of sour cherries in Moldova is sold on the domestic market and is used to meet the demand of local end consumers and the food industry. According to the Ministry of Agriculture MADRM, in the second half of the 2000s, up to 3 thousand tons of sour cherries were supplied to the Moldovan cannery every season. In the last two or three seasons, they process a maximum of several hundred tons of this raw material. To some extent, producers of dried fruits and fruit distillates have replaced canners in the technical sour cherry market. However, they purchase no more than 1-1.5 thousand tons of sour cherries in total.

In this regard, it is worth considering that the main export of Moldovan sour cherries falls on June and July. Last year, in terms of volumes and the amount of supplies, these two months were almost equal. Given the late start of the 2021 season, it can be assumed that this year this will be relevant, as well.

Over the past five years, Moldovan sour cherries have been exported to six countries.

Moldova exports the main share of sour cherries to the Russian Federation, in 2019 and 2020 – 1.3 thousand and 1.7 thousand tons, respectively.

It should be noted that almost all Moldovan sour cherries in Russia go to the fresh market. Whereas sour cherries exported by Moldova to the EU countries are mainly processed. This is likely to be the case this year, given the unstable quality of sour cherries.