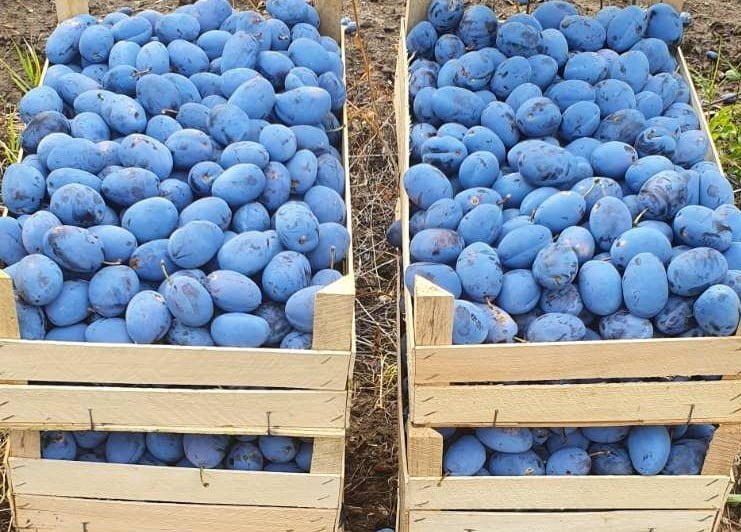 Judging by the monitoring of EastFruit , from the end of the first decade of August 2021 to the end of the month, wholesale prices for plums in Moldova have decreased weekly by 2-3 MDL/kg, reaching 7 MDL/kg ($ 0.39 per kg) on ​​average. It is worth considering that this year prices for plums started from a higher level – 11-14 MDL /kg ($ 0.62-0.79 per kg) than last year – 8-12 MDL/kg ($ 0.47- 0.70 per kg). And at the end of this month, despite the downtrend, they remained at a level slightly higher than last year at the same time (6 MDL/ kg, $ 0.35 per kg). Moreover, the price forecast for the beginning of September, according to growers and traders is positive.

Participants in the country’s fruit market note that the decline in prices for plums since the beginning of the season occurred synchronously with the change in the varietal composition. Thus, the  early plum variety “Chachakskaya”, intended for both domestic and foreign markets, was in great demand among buyers and was sold at a higher price. The average level of wholesale prices began to decline when the early plum variety “Kabardinskaya” began to prevail in the structure of the offer. Plum of this variety, in principle, has always been the cheapest on the Moldovan market. In addition, this year its harvest was relatively high, but the quality (size) of the fruit was predominantly of an average level.

Taking into account the latter circumstance, Moldovan growers, faced with tough competition from local suppliers of plums on the Russian market, “accepted the challenge” – they decided to lower wholesale prices. At the same time, in the domestic market of Moldova itself, according to growers, they sold large quantities of plums of the “Kabardinskaya” early variety to canning enterprises – for processing into paste. Purchase prices for processing grade plums for this product were in the range of 2.8-3.4 MDL/kg ($ 0.16 per 0.19 per kg), which, in their opinion, is a good level for the fruits of the mentioned variety and quality. It should be mentioned that at about the same prices, a significant amount of Moldovan plums was sent to neighboring Romania for processing into the Romanian traditional spirit (Tuica/Palinca).

In the coming days, harvesting of plums of the “Chachakskaya” variety will begin in Moldova. According to growers, the fruits of this variety will be in high demand among dried fruit producers; they have already announced the price – at least 4 MDL/kg ($ 0.23 per kg).

In about one week, Moldovan growers will begin the peak harvest of plums of the main export variety “Stanley”. The situation is curious because this year the harvesting of this variety of plums in Moldova will start later than in the southern regions of the Russian Federation. Accordingly, supplies of Moldovan plums “Stanley” to the Russian market will begin not from cold cellars – as usual in the last two or three years, but directly from the orchard. At the same time, at that moment, the “first wave” of supplies to the Russian market of its own Stanley plums will subside and the level of competition between Russian and imported plums will decrease.

Large Moldovan growers are planning to store the plums, mainly with an eye to sales in Romania and some other EU countries.