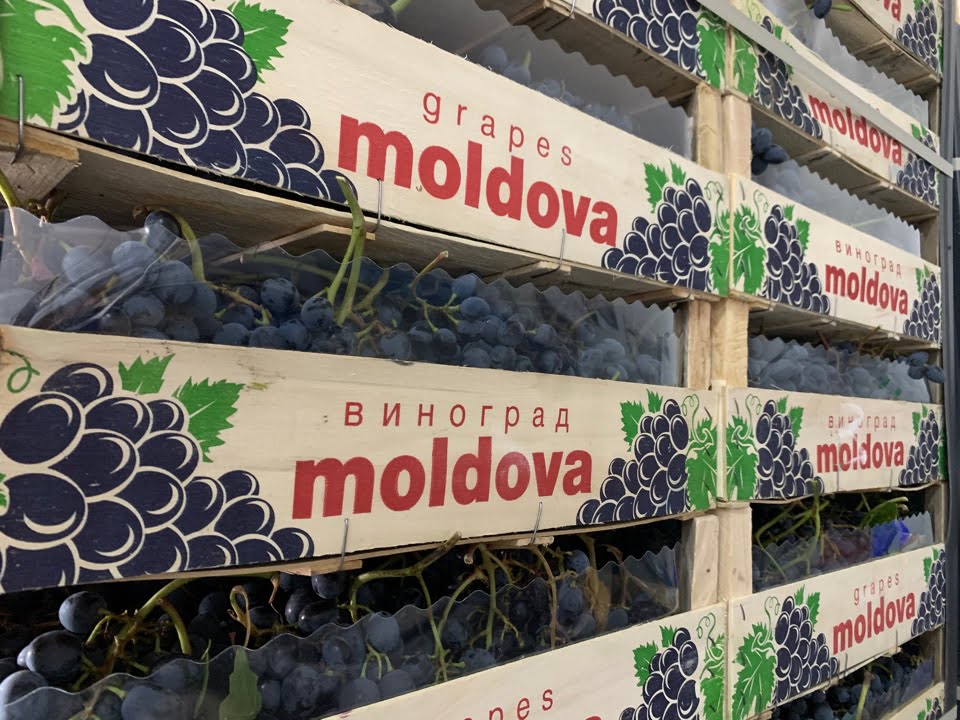 Home › News › Moldovan grapes are becoming increasingly demanded in Saudi Arabia, Iraq and other countries of the region

According to the Association of Grape Producers and Exporters of Moldova, the Middle East export pioneer has received a request from Saudi trade partners to supply 40 containers of table grapes to Saudi Arabia this year. In addition, interest in Moldovan grapes is noted in Qatar, Egypt and some other countries in the Middle East and North Africa. According to the growers that have supplied and intend to supply grapes to the region, “plans are now limited only to the ability to grow and prepare a sufficient volume of high-quality grapes for exports in the fall-winter of this year.”

Basically, we are talking about the exports of grapes of the “Moldova” variety. According to experts, grapes of this variety have a bright taste and flavour, and are well transportable. It is unlikely to compete directly with the trendy seedless varieties, but in some eastern and western markets it can find and fill its niche. In particular, labor migrants, especially from the countries of the post-Soviet space, can become its buyers.

At the same time, competition may arise among the suppliers of “Moldova” in the EU market in the foreseeable future: grapes of this variety are successfully grown on intensive plantations such as Pergola in Macedonia, Serbia, and Romania. Whereas in the countries of the Middle East and North Africa “Moldova” is practically unknown and can become successful.