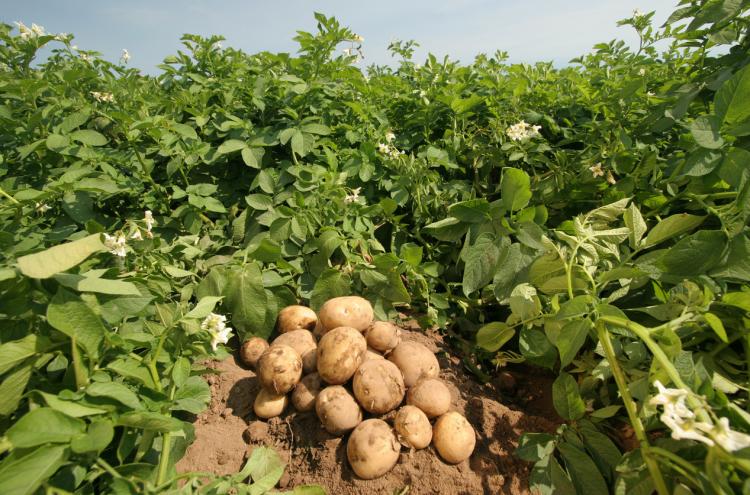 Seed potato suppliers say that some of their customers intend to at least cut, or at most, stop potato production next year. The reason is obvious: wholesale prices for potatoes of the currently prevailing quality (low and average) have already dropped to 2.7-2.8 MDL/kg ($ 0.15-0.16/kg).

As EastFruit noted earlier, at the beginning of September, the prices for potatoes in Moldova fell to the lowest “autumn” level in the last three years. Moreover, since mid-summer, the country has had the lowest potato prices in the region.

There was a similar situation in the onion segment of the Moldovan fruit and vegetable market last year. As a result, according to expert estimates, the crops of onions for the 2021 harvest decreased by 30-40% – to about 1.5-2 thousand hectares.

The difference is that, according to experts from farming organizations, many vegetable growers have reoriented themselves from onion production to growing other vegetables – tomatoes, cucumbers, peppers, etc.

However, potato growers impressed by low demand and collapsing potato prices in September 2021 plan to completely abandon their production in favor of grain next year. Grain prices remain high in the current harvest year – even the wheat for livestock feeding on the Moldovan market is now more expensive than potatoes. Thus, a part of the potato growing areas is likely to be sown with winter grains in the nearest future.

Many experts agree that this is a possible, but far from the best production scenario. Some of them believe that both onions and potatoes in Moldova will rise in price sharply in late autumn – early winter and almost certain this will happen in winter-spring next year.

One of the main problems of potato growing in Moldova is the focus on growing raw, but not finished products. That is why the country’s supermarkets are forced to import high-quality and clean potatoes from the EU and Ukraine, while local ones are not in demand. Growers cannot preserve, clean and pack potatoes in a quality manner to put them on supermarket shelves. This leads to huge losses for all: potato growers and consumers alike.