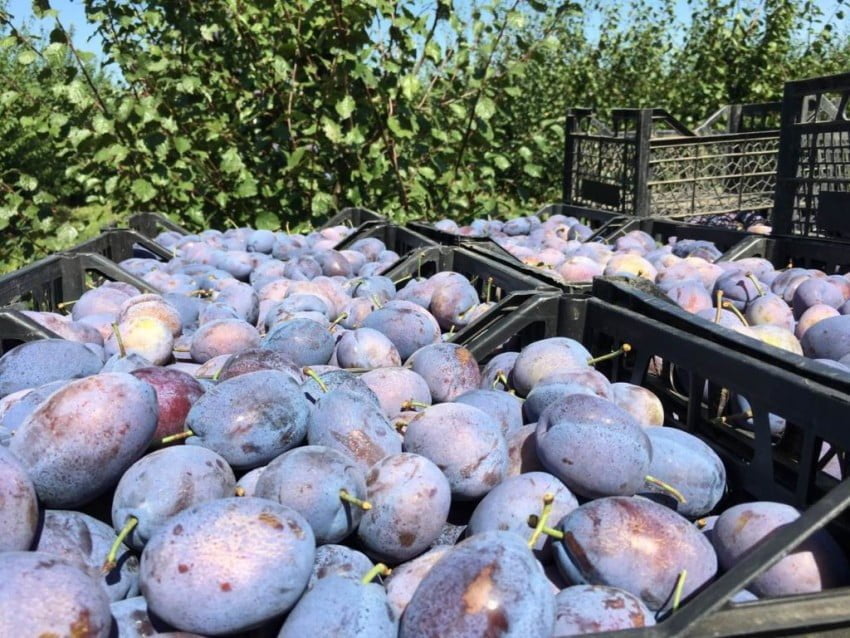 Trade representatives from the German fruit procurement company A&B Fruchthandels GmbH travelled to Moldova in September. Prior to the trip, USAID’s project “Effective Agriculture of Moldova” (APM) assisted the German company with facilitating a series of online discussions with 13 local agricultural fruit-producing enterprises in order for this importer to familiarize themselves with the economic profiles.

During their visit, A&B Fruchthandels specialists inspected orchards, warehouses, and products from potential business partners in Moldova. A preliminary agreement was reached on the supply of several hundred tons of plums (20-30 refrigerated trucks) this year.

The German importer did not require the GlobalG.A.P. and GRASP safety and social responsibility certificates from Moldovan suppliers. However, ownerships of these certificates were considered an advantage during product pricing discussions. Their main criteria for selecting suppliers were large volumes of products of the same type and uniform quality (i.e., caliber, pulp color, etc.).

Representatives from A&B Fruchthandels sought to purchase the high-quality plum varieties Stanley, Lepotika, Top Hit, and President (a medium-sized late plum) at relatively low prices. In addition, the parties discussed the prospects for the supply of the Moldovan plum variety ‘Cacanska Early’ for next year. Roughly half of A&B Fruchthandels’ customer base in Germany is pastry chefs using fruits in traditional German pastries.

Among the EU countries, Germany is the third-largest buyer of Moldovan plums after Romania and Poland. Last year Moldova exported about 1,300 tons of these fruits to Germany. This year, despite the reduced plum harvest in Moldova, its supplies to the German market may increase by the end of the season.