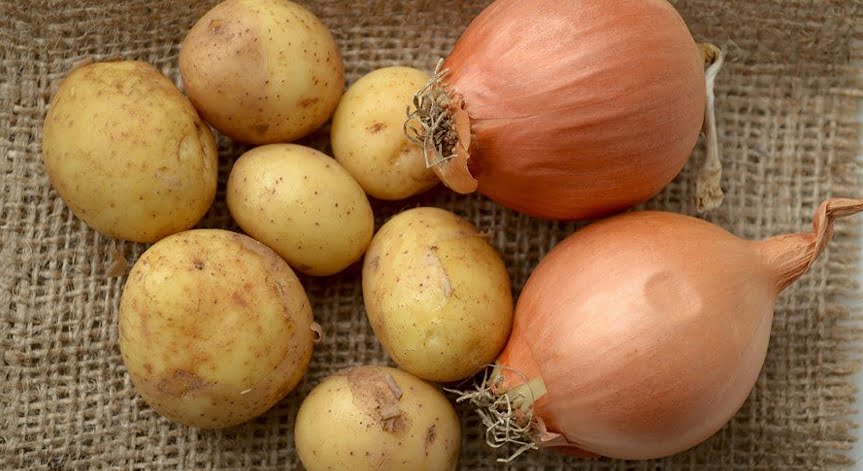 Home › News › Is it possible to export onions and potatoes from Ukraine to Africa?

Sub-Saharan Africa is one of the most undervalued sales markets in the world. This opinion was expressed by Artem Gudkov, co-founder of Global Ukrainian Distribution, Investment and Trading Company Limited (GUDIT), in an exclusive interview with EastFruit about the specifics of doing business and trading in vegetables and fruits in Tanzania and in Africa in general.

EastFruit analysts point out that the Netherlands alone exports about 500,000 tons of onions annually to the countries of Sub-Saharan Africa. This region also imports tens of thousands of tons of fresh marketable potatoes from the European Union and this does not include seed potatoes.

Currently, Ukraine barely seizes the market opportunities of Sub-Saharan Africa. However, Andriy Yarmak, an economist at the Investment Centre of the Food and Agriculture Organization of the United Nations (FAO) who conducted the interview, noted that Ukraine at least sells minimal volumes of fruits and vegetables to the region – about one and a half hundred tons of fresh apples and several tens of tons of onions. Moldova, Uzbekistan, Georgia, and Tajikistan on the other hand do not sell anything to this region at all, not even nuts or dried fruits. Nevertheless, Ukraine does not fully utilize all of the possibilities of Sub-Saharan Africa in comparison with the EU countries.

Read also: Apples at $1 apiece – how to successfully sell apples to Sub-Saharan Africa?

“Senegal annually imports fruit and vegetable products worth $110 million and these are traditional products for Ukraine such as onions, apples, and potatoes. Imports come from countries such as the Netherlands, Belgium, and France. Cote d’Ivoire imports more than 200,000 tons of onions also from Europe. Meanwhile, in Ukraine, onion prices are 3-4 times lower than in the Netherlands, but it does not sell anything to Africa. Onion prices have remained at an extremely low level since July 2020!” says Andriy Yarmak.

Artem Gudkov noted that a very important factor that swings in favour of the Netherlands and other EU countries when selling products to Africa is the physical presence of European companies and entrepreneurs who are engaged in the region. Well-developed and inexpensive logistics and guaranteed quality of products from the European Union are also important aspects. On the contrary, EastFruit has previously reported that Ukraine still struggles to offer its own consumers high-quality potatoes, onions, and other vegetables of the borsch set.

“Cold logistics for both refrigeration and freezing is a disaster in Sub-Sahara Africa but whoever can build it will control the market,” says Artem Gudkov. He also focused on direct business contacts and physical presence in the region as the most important conditions for a successful business. “To successfully sell to Africa, you have to sell in Africa. The volumes of apples and onions that Ukraine supplied to Sub-Saharan Africa passed through companies of people directly connected with Ukraine,” explains Artem Gudkov.

Watch the EastFruit video below of Andriy Yarmak’s interview with Artem Gudkov of GUDIT: