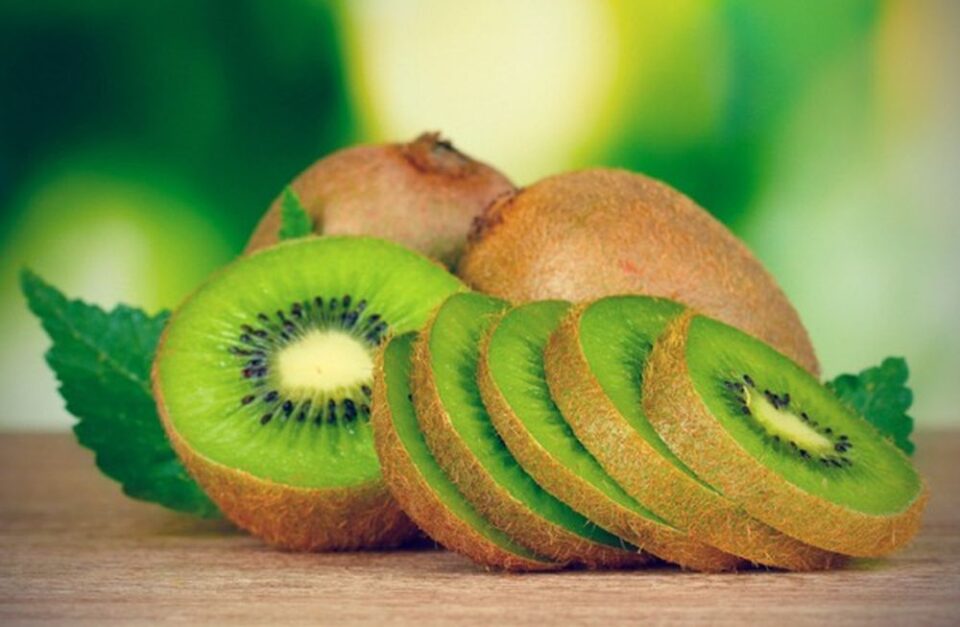 According to EastFruit analysts, Ukraine continues to increase kiwi imports. In the first 11 months of 2021, Ukrainian fruit importers purchased 11% more kiwis from abroad than in the same period in 2020.

The total volume of kiwi imports to Ukraine in 11 months of 2021 reached 16 400 tonnes. Thus, according to our estimates, the average consumption of kiwi in Ukraine exceeded 400 grams per capita per year for the first time.

By the way, Greece has traditionally been the largest supplier of fresh kiwi to the Ukrainian market. However, according to the results of the first 11 months of 2021, Greece lost its status as the main supplier of kiwi to Ukraine for the first time. Iran has increased exports by 67% over the year and bypassed Greece in this rating. Thus, according to the results of 11 months of 2021, Iran accounted for 40% of kiwi imports to Ukraine. Greece remained second with a share of 37%, although last year it accounted for 52% of all kiwi supplies to Ukraine. Italy is third with a share of 14%.

The fastest to increase kiwi exports to Ukraine is Turkey. Turkey did not export kiwi to the Ukrainian market two years ago, and in 2021 it became fifth, having supplied more than 700 tonnes in 11 months. 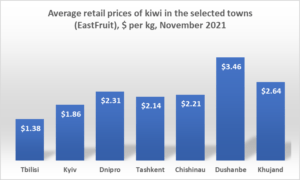 The average retail price for kiwi in Ukraine in January 2022 was 50-60 UAH/kg ($1.7-2.1/kg). It means kiwi was quite affordable and costs on average twice as much as good-quality apples. If we compare prices in the countries of the region, kiwi prices in Ukraine are relatively low, although they are higher than in Georgia, which itself is now actively increasing the production and exports of kiwi.