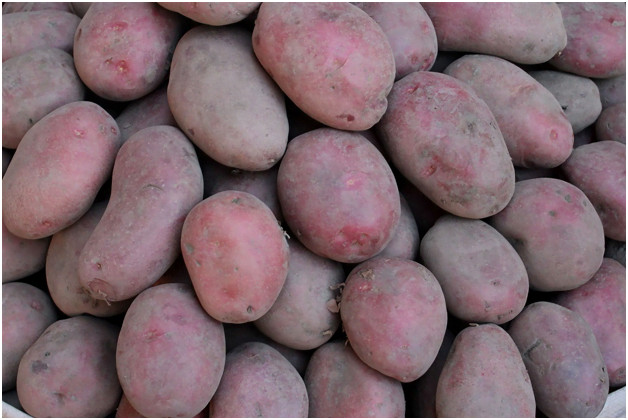 Home › News › In January 2022, Pakistan became the largest supplier of potatoes to Uzbekistan 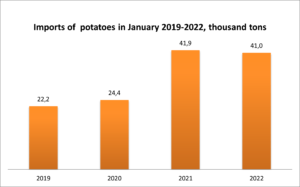 EastFruit analysts draw attention to the fundamental changes in the structure of potato imports to Uzbekistan in January 2022 compared to the same month last year.

In January 2022, potato imports from Kazakhstan in volume terms decreased by 3.7 times compared to 31.4 thousand tons in January 2021. One of the main reasons for such a sharp decline in the exports of these products from Kazakhstan was the decision of the country’s government to temporarily ban potatoes. Despite the fact that such a ban was supposed to be in force starting from January 22, 2022, already from mid-January, railway trucks with potatoes began to accumulate on the border with Uzbekistan due to the complexity of customs procedures or the stop of the movement of trucks with potatoes from Kazakhstan. The ban on the exports of potatoes was lifted and replaced by an established quota only at the end of January 2022.

At the same time, in January 2022, the supply of marketable potatoes from Kyrgyzstan decreased by a third compared to the same period last year – from 4.5 thousand tons to 3 thousand tons.

Accordingly, all these factors, together with the virtual absence of potato supplies from Russia, allowed other supplying countries to sharply increase the volume of exports of marketable potatoes to Uzbekistan in January 2022:

– Pakistan increased the volume of supplies by 14 times compared to 1.5 thousand tons in January 2021;

– Afghanistan supplied 3 thousand tons of marketable potatoes, while in January 2021 it did not export these products to Uzbekistan.

We remind you that tax incentives for the imports and sale of potatoes in Uzbekistan, introduced in October 2021 as a factor in curbing the growth of prices for potatoes in the domestic market, have been extended until April 30, 2022.

Last week, on February 18, 2022, EastFruit wrote about an increase in potatoareas in the southern region of Uzbekistan, which suggests that the rest of the country will also increase the area under potatoes in 2022. As a result, this will mean an increase in planting areas in the whole country.