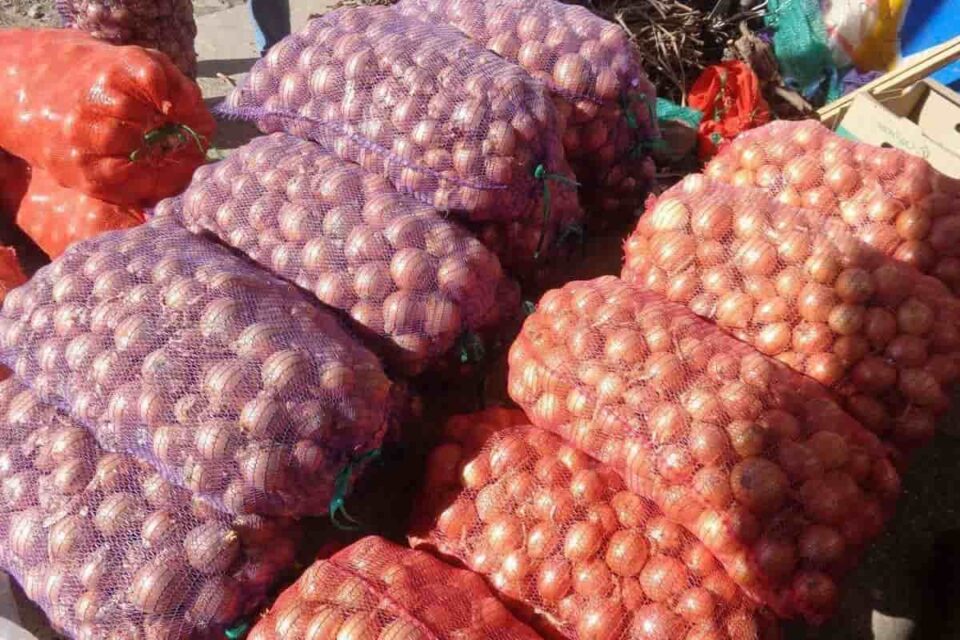 In April-May, the volume of onion exports from Uzbekistan has been growing for the fourth year in a row and has reached a record high over the past five years this year, EastFruit analysts report.

According to official statistics, Uzbekistan exported 117 500 tonnes of onions in April-May 2022, which was a continuation of the growing trend in the volume of onion exports in this period for the fourth year in a row. 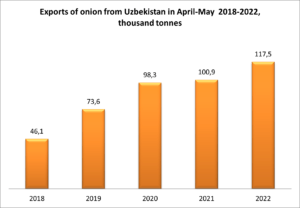 As for the geography of exports, except for single deliveries of less than 20 tonnes, the entire export volume falls on 5 countries: about 99.5% was shipped to the markets of four countries – Kazakhstan, Kyrgyzstan, Russia, Belarus and about 500 tonnes were delivered to Ukraine (0.4%).

Back in April 2022, EastFruit wrote about a sharp increase in onion exports from Uzbekistan. From April 1 to April 20, 2022, Uzbekistan exported 9 300 tonnes of onions, which is 6.6 times more than in three months – January-March of this year. Moreover, the export of onions in the first two decades of April 2022 was twice higher than in the same period last year.

The first wholesale batches of onions of the new crop became available on the markets of Uzbekistan as early as late March – early April, but onions of export quality were not available on the domestic market. Onion producers in the southern regions of Uzbekistan have started forming large batches of a new crop for export in the second decade of April.