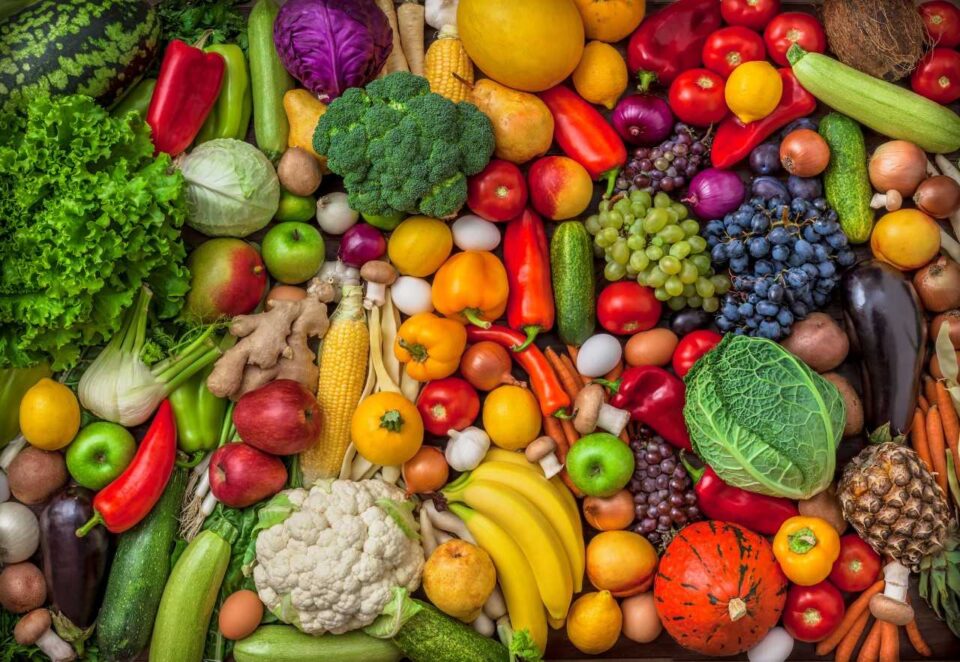 Home › News › How will the collapse of the Turkish Lira affect the vegetable, fruit and nut markets in Eastern Europe and Central Asia?

EastFruit analysts draw attention to the most important factor of recent weeks for the fruit and vegetable business in the region – sharp jumps in the exchange rate of the Turkish currency – lira.

Naturally, a decrease in the exchange rate of any country stimulates exports, while strengthening, on the contrary, worsens the position of the country’s goods in foreign markets. Thus, Turkish vegetables and fruits are now becoming more competitive in foreign markets. In this regard, EastFruit analysts decided to examine the structure and geography of Turkey’s fruit and vegetable exports in order to show how and who will be most affected by the situation in Turkey.

For comparison, Uzbekistan exported 8 times less fruits and vegetables, and Ukraine and Moldova – about 20 times less than Turkey. Turkey ranks 8th in the global ranking of exporters of fruit and vegetable products, not far behind Italy and Chile. By the end of 2021, it may well rise to the 6th position among the world’s largest exporters.

What are the main markets for Turkey? Where will the pressure of Turkish goods be most noticeable and which of the goods will Turkey begin to purchase in smaller volumes?

Russia is the main buyer of Turkish fruit and vegetables. Turkey supplies up to 18% of all its products to Russia. Accordingly, the pressure on the Russian market will be most noticeable. Germany, Italy, Iraq, Great Britain and France are next, and Ukraine is the 7th among the most important sales markets.

Therefore, Turkish products will become more actively sold to Ukraine and will compete with Ukrainian ones in the markets of the EU countries. However, we are talking only about a few positions, and we will tell you further about product markets to be affected by the devaluation of the Turkish lira.

The main export commodity of the Turkish fruit and vegetable group is hazelnuts. This is bad news for Georgia, as Turkish hazelnuts will become even more affordable at a fairly high quality. And this season Georgia is already forced to export hazelnuts at very low prices. This could further increase the pressure on the prices of Georgian hazelnuts in the EU countries.

Raisins are the second most important Turkish export product. However, Turkey has almost no influence on the markets important for our region, as it supplies raisins mainly to the EU.

Mandarins are the third most important export commodity. This also poses threat to Georgia experiencing problems with the quality of mandarins this year, as in the case of hazelnuts. Accordingly, cheaper and better quality Turkish mandarins will create competition for mandarin suppliers from Georgia. Even bans on the import of mandarins to Russia from several Turkish exporters will not significantly affect the situation. On the other hand, cheap Turkish mandarins are good for consumers in Ukraine and Russia, but they may indirectly reduce the demand for apples there, which is bad news for the region’s farmers.

Greenhouse tomatoes are the next most important goods among Turkish fruit and vegetable exports. Of course, the key importing countries are Russia and Ukraine. In this regard, local greenhouses will have a hard time, because Turkish products will be sold cheaper. By the way, the devaluation of the Turkish lira is one of the main reasons why a high increase in prices for greenhouse vegetables never happened in these northern countries. After all, given the high prices for gas and other energy resources, there were fears that the prices for greenhouse tomatoes would skyrocket to unprecedented levels.

Apple is the category of Turkish exports that also has a direct impact on the regional and global apple market. We wrote more about the influence of Turkey in the #freshapplecrisis article. The devaluation of lira is bad news for our farmers, as Turkish apples are becoming more affordable. This will have the greatest negative impact on Moldova, and, to a lesser extent, on Ukraine.

The influence on many of Turkey’s other export positions will be much smaller, minimal, or seasonal. For example, Turkey is the most important player in the stone fruit market: cherries, apricots, peaches, etc. However, the new export season for these crops starts later, so it is too early to draw conclusions about the impact of devaluation on these segments.

Note that the devaluation of the lira will affect not only exports, but also Turkey’s huge fruit and vegetable imports.

The main import commodity that will impact the markets of our region is inshell walnuts. Ukraine and Uzbekistan will be directly affected by the devaluation, since they are among the major suppliers of inshell walnuts to Turkey. However, their positions have already lowered when they did not receive import preferences and had to pay import duties on nuts.

Turkey is also a major hub for the re-export of dried fruits. Some of them are imported by Turkey from Uzbekistan and other countries of Central Asia. However, since the business is re-export, the devaluation of the lira will not impact it greatly.

Devaluation in Turkey has been accompanied by rising inflation. This means that the incomes of the country’s population will decline. Respectively, we can expect a decrease in domestic consumption as a whole in the category of expensive products.

The instability in Turkey will have a large impact on the regional fruit and vegetable market. This factor may become dominant for importers from Eastern Europe for the entire winter and spring periods.

Do not worry
Turkish lira recovered

Well, billions of dollars invested into this recovery and today, when the market opens, Lira goes back down again… Country has serious debt issues. Exchange rate can’t be artificaially fixed and if it is, there would be two exhcange rates eventually: the real one and the offiicial one. That would be even worse than the decline Lira was under recently. The decline of lira was caused by objective reasons. If you do not fix the reasons for the decline, you can’t stop the decline or reverse it.