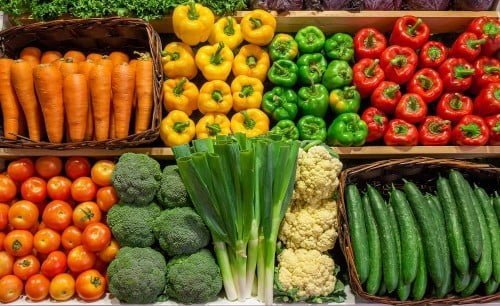 EastFruit experts analyzed margin levels in supermarket chains in the cities of Kyiv and Dnipro to assess how much the chains earn on different products. To do this, we conducted monitoring in dozens of stores of all popular supermarket chains of these two cities, taking into account only the lowest price for goods of standard quality. Then we compared the averaged indicator for the city with the average wholesale price, at which gardeners and vegetable growers shipped products from their stores or packaging centers. At the same time, we evaluated only the most popular positions of fruits and vegetables.

Monitoring was carried out in November 2019. The research shows the policy of supermarket chains in pricing different categories of products.

“Carrot was the most profitable product for Ukrainian supermarkets in the fruit and vegetable department. The average mark-up for carrots reached 72% and was slightly higher in Kyiv than in the Dnipro. By the way, regarding carrots, vegetable growers had the most complaints, because prices for it this year fell by an average of 60% compared to last year, ” says Andrei Yarmak, an economist at the investment department of the UN Food and Agriculture Organization (FAO). “At the same time, of course, this does not mean that all networks earned that much. This is an average indicator. However, our data allows us to derive margins for each individual network of each individual city, ” the expert notes.

Despite the sharp rise in wholesale apple prices this season, supermarket chains also left very high margins on their sale. In both Kyiv and the Dnipro, the average mark-up for the most affordable supermarket chain apple was 56%. By the way, the margin for onions was about 49% on average.

Another deficient position this year for Ukraine is potatoes. Many Ukrainian supermarkets actively traded imported potatoes from Russia. The average margin, in this case, ranged from 33% in the Dnipro to 40% in Kyiv, subject to the sale of domestic products. When selling imported potatoes, they managed to earn an average of 20% more. This is the answer to the question of why potato imports to Ukraine are breaking all records now. Working with imported potatoes are much more profitable.

Considering that EastFruit also determined the level of margins for greens, but neither parsley nor dill is the best-selling goods for supermarkets. Therefore, the mark-up level is higher than at the popular mass positions of vegetables and fruits. Higher earnings were in dill, where the average margin was 272%. That is, dill sold in the supermarket is, on average, 3.7 times more expensive! On parsley, the average margin was 193%.