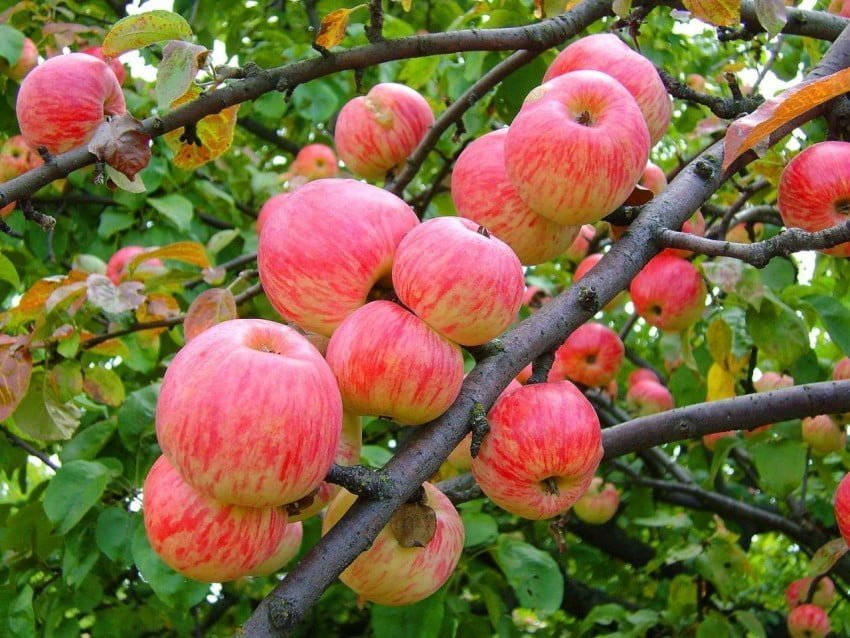 Home › News › How did the weather anomalies affect apple harvest in Uzbekistan?

In an interview with EastFruit, the director of Fruit House Organics and expert in intensive farming, Shukhrat Abrorov, spoke about the influence of weather anomalies on apple harvest in Uzbekistan in 2021. He also shared his remarks on apple varieties that show good results when grown in Uzbekistan.

“Of course, the observed weather anomalies in Uzbekistan – a sharp warming in winter and subsequent frosts in late February and mid-March this year had a serious negative impact on the 2021 apple harvest. However, in terms of the extent of damage, the situation is ambiguous and highly dependent on the regions.

In some orchards the yield was low or there was none due to the periodicity of fruiting.. This should not be confused with the damage from frost, which is why many growers have a misconception. The situation looks completely illogical when there is a normal harvest in neighboring apricot and almond orchards, but not in apple ones,” the expert noted.

According to Shukhrat Aborov, after the ripening of fruits, frosts had the greatest influence on the apple harvest in the Tashkent, Syrdarya, Jizzakh and Samarkand regions. At the same time, a different picture is observed in districts of the same region:

in the Tashkent region – in the Kibray, Yukorichirchik and Parkent districts, frosts caused great damage to the apple harvest, while in the Urtachirchik and Yangiyul districts, the damage was insignificant;

in Jizzakh region – in Bakhmal and Zaamin districts, growers had a good apple harvest this year, which cannot be said about other districts of this region;

in the Samarkand region – we see a good harvest in the apple orchards of the Urgut region, and in the Dzhambay region, frosts caused insignificant damage to the apple harvest.

“According to my estimates, if we consider the average figures, the apple harvest is lower than last year in the above areas. In a number of apple orchards in these regions, the harvest is very small, but in the mountainous and foothill areas we see a good apple harvest,” he added.

Read also: Poor harvest of persimmon in Spain – is it a chance for Uzbekistan, Tajikistan and Georgia?

The expert also highlighted the regions where the overall apple harvest was not lower than last year’s level: “The Fruits House Organics team visited and examined a number of large apple orchards in the Khorezm region and the Republic of Karakalpakstan, where the apple harvest is good, at last year’s level. This is due to the fact that weather anomalies almost bypassed these regions; late spring in these regions in 2021 also played a role. In addition, we note a good apple harvest in the Fergana Valley (Namangan, Fergana and Andijan regions),” said Shukhrat Abrorov.

EastFruit experts want to emphasize that Pink Lady is not a variety, but a trademark of the club apple variety Crisp Pink. All brand and variety rights are owned by the Department of Agriculture and Food, Western Australia (DAFWA). The cultivation and sale of this apple variety, as well as the use of the Pink Lady brand without a license, is strictly prohibited. The copyright owner strictly controls the apple’s offer and invests in their advertising. Therefore, Uzbek growers should pay attention to this important aspect of growing the variety “Crisp Pink”.

According to the expert, For Lady apples have excellent characteristics for cultivation in Uzbekistan – a beautiful presentation, resistance to hot climate, they are juicy and crunchy, and acquire color even in the southern regions of the country with a hot climate.

This year, apple prices are on average higher than last year, especially for early varieties. For example, at the end of June – the beginning of the harvesting season, apples of the “Sukh gazali” variety were shipped from the fields by growers at 15,000 UZS/kg ($1.42). Prices gradually decreased and by the end of the harvesting season they fell to 7,000-8,000 UZS/kg ($0.65-0.75).

As for the Gala, Golden, Jeromine and Pink Lady varieties, shipping prices from orchards are about 20-30% higher this year than last year, depending on the quality and size of apples.

Fruits House Organics has created a Telegram channel with tips and tricks for growers on apple and other fruit production in intensive orchards.