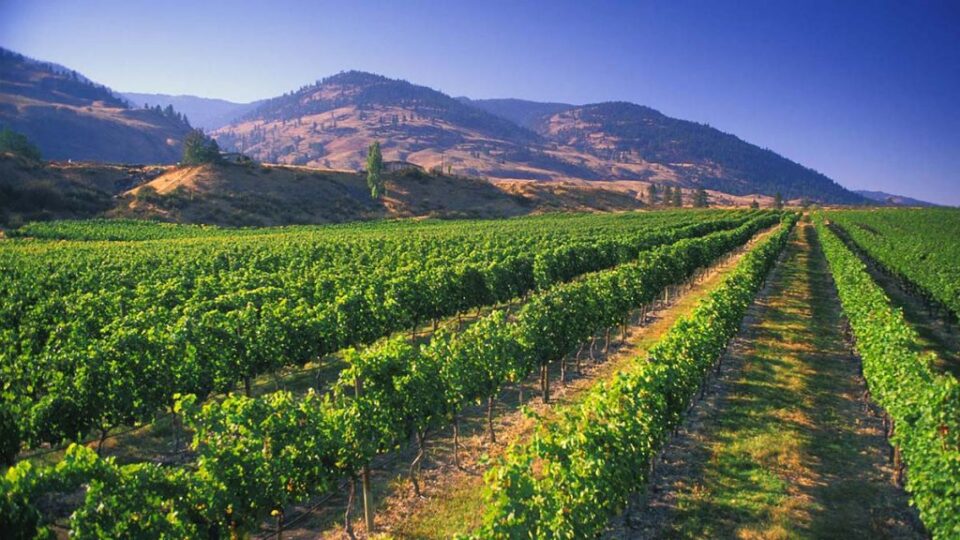 The EastFruit team in Georgia sums up the results from main events of 2020 and shares links to the most profound materials on the fruit and vegetable business.

Overall, 2020 was predominantly positive for the Georgian horticultural sector. Exports rose to record levels and production volumes for nearly all export products in 2020 were significantly higher than in the previous season. Revenue from the Georgian fruit and vegetable sector, according to preliminary estimates by EastFruit analysts, may grow by 40% in 2020 and reach $185 million. The imports of fruit and vegetable products, on the contrary, will decrease by 3-5% to $100 million. Although Russia remains the largest sales market and exports to Russia grew by 45% over the year, exports to Germany actually grew faster over the year and it more than doubled.

The biggest exports breakthrough in terms of revenue came from hazelnuts, which are gradually recovering from the damage done to the industry by the marble bug. Exports of Georgian hazelnuts increased by more than 40%. We also note a sharp increase in exports of peaches and nectarines (over 70%), mandarins (30%), persimmons (27%), blueberries (4 times), other berries, and even oranges! Exports of fresh plums from Georgia increased more than 13 times in a year to a record 2,800 tons!

Let’s review the events of 2020 in chronological order.

From the very beginning of 2020, farmers predicted high yields for hazelnuts, blueberries, peaches, nectarines, and apples. However, due to the COVID-19 pandemic, the year did not start so positively. The state took rather tough measures to combat the virus from the very beginning of the pandemic, which created difficulties with fieldwork in the spring. In addition, agricultural markets were closed, which are the only markets for many small and medium-sized farmers in Georgia.

After a difficult spring, the summer started off very positively thanks to successful production, harvesting, and exporting season for blueberries. Blueberry picking season in 2020, most of which is in June, had been positive in terms of both price and export demand. More precisely, almost all blueberries from Georgia were exported to Russia.

At the end of the season, Georgia exported up to 700 tons of blueberries and in June alone received $2.41 million in export earnings. According to EastFruit analysts, if such production rates are maintained, Georgia may become one of the world’s 25 largest blueberry exporters in the next few years.

Continuing on the blueberry theme, special attention was drawn to the 2020 scandal surrounding the bankruptcy of Vanrik Agro, Georgia’s largest blueberry producer. Here are the stories in chronological order: bankruptcy auction, charges of one side, and charges of the other side. It looks like the 2020 season turned out to be successful for the new owner because the Foresight Investment Group, which bought the assets of Vanrik Agro, promised to expand the plantation to 260 hectares at the end of the season.

Unlike for blueberries, 2020 was not very profitable for raspberry and blackberry growers. The quality and marketing of products became the main problems. Farmers made the wrong decisions when planting orchards. This year, the reason for the low quality of the berries was mainly due to sunburn of the fruits. This damage lowered the price of berries during the season and, as a result, the income of farmers. The pandemic had a negative impact on demand in the local market and the closed borders to tourists further exacerbated the situation of berry growers.

This year, Georgia also had a high harvest of both apples and peaches. Both of these products are of great export value to Georgia and thousands of farmers are involved in their production. The demand for Georgian apples and peaches on the Russian market has grown especially this year due to reasonable prices for Georgian apples and a shortage of apples in Moldova, which sharply reduced the harvest due to drought. At the end of December, the exports of apples brought Georgia $3.4 million and 95% of all export deliveries (7,600 tons) were made to Russia. The share of substandard apples was also high and the state even paid extra for their processing.

Nut farmers growing hazelnuts in Georgia will undoubtedly add 2020 to their assets. By the end of the year, the export volumes of Georgian hazelnuts of the new crop in monetary terms amounted to $70.7 million and was 43.7% higher than a year ago of $49.2 million. More than 72% of the total export volume points to countries of the European Union. Another important news for the hazelnut sector is the new investment project of the Swiss chocolatier Camille Bloch, which is investing $10 million in the sector.

In the past few years, the establishment of orchards for walnuts (“Georgian company Walnuts.ge aims to produce premium quality walnuts“), almonds (“Georgia will be new California of global almond production“), and pistachios (“Expanding the commercial pistachio plantation in Georgia to 400 hectares“) in Georgia has become an attractive investment, but most of the orchards are still new.

In the future, producers assume that Georgia will become an exporter of walnut crops. Some growers still have difficulties growing the popular Chandler variety. However, these problems can be solved and advice on how exactly to fix these issues was provided by the well-known expert Zviad Bobokashvili in this EastFruit article.

Running parallel to the establishment of walnut orchards, producers are also investing in processing enterprises. There is a boom in the construction of walnut processing in the country in order to have export quality products in the future. Enterprises for processing almonds are also being built in Georgia as well as certification of enterprises according to Global G.A.P. standards.

High interest in Georgia for walnut and nut growing was inspired by videos from EastFruit’s Youtube channel, namely:

Another strategic product of Georgia is mandarins. It is expected that up to 40,000 tons of mandarins will be harvested in Georgia this year. At the beginning of the season, there were negative expectations regarding the demand for Georgian mandarins in export markets due to the pandemic. In addition, the beginning of the collection of citrus fruits coincided with the escalation of the conflict between Armenia and Azerbaijan. However, as of the end of the year, Georgia had already exported up to 30,000 tons of mandarins to their main export markets of Russia, Armenia, and Ukraine. The Georgian government has also subsidized non-standard mandarins this year.

Our publications on the comparison of fruit and vegetable product exports per capita of the country evoked great interest as well. It turned out that if we take into account the population, then Georgia already exports more vegetables, fruits, berries, and nuts per capita than, for example, Uzbekistan.

EastFruit analysts did a lot of analytical work in 2020 as well as identifying 7 main events that influenced the produce business in Georgia over the past 10 years. You can read the article and watch a video on this topic in two parts at the following links: Part 1 | Part 2 | Part 3.

We also conducted several audits of produce departments in Tbilisi supermarkets, which turned out to be very interesting and useful for the market. In June, the leaders were Carrefour, Agrohub, and Fresco (Part 1 and Part 2). Then, we conducted a survey of how supermarkets relate to their suppliers of fresh vegetables and fruits in Georgia – which are the most convenient and profitable and why. In November 2020, we discovered a sharp change in leaders in the Georgian fruit and vegetable retail market.

In addition to relatively traditional perennial crops, Georgia has favourable conditions (12 climatic zones!) for growing thermophilic crops such as persimmons, pomegranates, and olives. According to experts, even such exotic crops as unabi (ziziphus or jujube), feijoa, medlar (Japanese plum), chestnuts, and even avocados have the potential for commercial production in Georgia.

This opens up new opportunities for Georgia to develop the fruit and vegetable business. We hope that 2021 will be the year of realizing at least some of these opportunities.