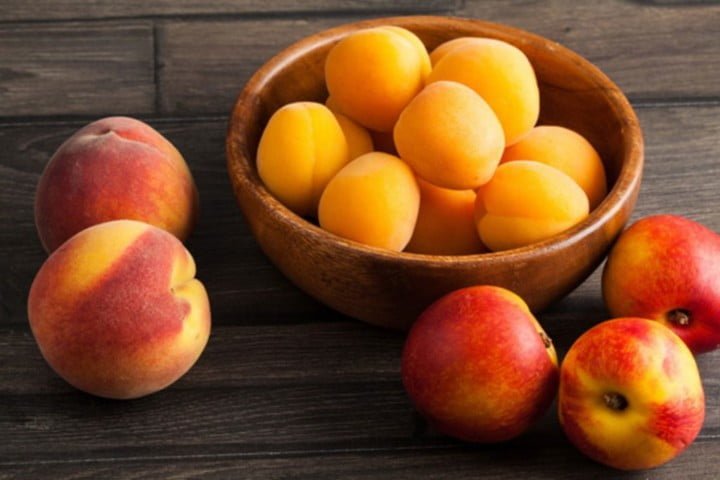 Mainly imported fruits, including stone fruits, and local apples from last year are available in the markets and supermarkets in Tbilisi at the end of April. The EastFruit team asked farmers to estimate the yield of apricots and peaches this year. As it turned out, a good harvest of peaches is expected in Georgia, and apricots have suffered due to spring frosts.

Farmers note that apricots are among the first to bloom in early spring. In Kakheti, Georgia’s leader in stone fruit production, apricot flowers were severely damaged by snow and frost at the end of March. According to the estimates of Kakhetian farmers from Gurjaani, about 50-70% of the crop was destroyed this year.

It is notable that the apricot harvest has been largely lost in Uzbekistan as well, and will also decline due to the abnormal heat wave and subsequent frost in Tajikistan. The situation in the European Union is similar. France declares almost the largest disaster of the century due to frosts and reports the loss of part of stone fruit harvest, in particular apricots. Therefore, Georgia is not the only one who is trouble, and apricots are likely to be expensive throughout the region.

David Khutsishvili, one of the farmers producing apricots and other fruits in the Kakheti region, Gurjaani, says that in his case, about 70% of the apricot crop was destroyed this year. Valery Turashvili’s apricot orchard in Gurdazhaani of ​​1.5 hectares also suffered from frost and more than 80% of the crop was lost. The Gurjaani farmer Besarion Gioshvili, expects to get about 10 tons of crops from 2 hectares, while the orchard should have produced more than 40 tons of apricots.

Vasily Germanishvili, representative of the regional department of the Ministry of Environment Protection and Agriculture of Georgia in Kakheti, confirms that part of apricot crops was damaged due to the spring frost. Representatives of the ministry visited several orchards in Gurjaani and, according to their estimates, the losses amount to about 10-30% of the apricot harvest. However, the estimate is not accurate, since different farms in the same village had different levels of damage, depending on the blooming of trees. Germanishvili also notes that the lion’s share of apricot and peach production in Kakheti is in Gurjaani.

Farmers are making positive predictions about the yield of peaches and nectarines, one of the most important stone fruit crops for Kakheti. Last season, Georgia received a record amount of peach harvest over the past 4 years – more than 40 thousand tons . Despite the positive assessments, 1.5–2 months are left before the start of the season, and there is still a risk of hail during this period.