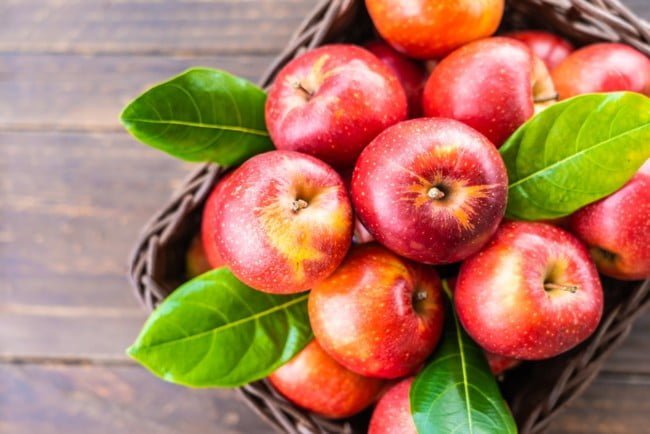 The United States can begin a new apple season, having in storage large volumes of 2019 apple harvest. About this, in particular, writes the Journal of Business with reference to Todd Freiver, a president of the Washington Apple Commission (WAC). It is one of the most influential apple organizations in the world, which recently announced a significant increase in the budget for promoting apple exports.

In a typical year, about a third of Washington state apples are sold overseas, Todd says. According to Freiver, at the end of the current season, which ends with the beginning of September, the proportion of exported apples may not exceed 26%. At the same time, according to EastFruit, up to 70% of the US apple is grown in Washington state.

“I try to be optimistic,” says Freiver, who works at the office of the Apple Commission in Wenatchee, Washington. “But with COVID-19 we are trying to understand what retail will look like in the US and abroad. Export demand for apples is now unstable.”

Mexico and India are currently the main importers of apples from Washington State. However, quarantine in these countries, especially in India, prevented consumers from reaching markets and supermarkets, so apple consumption has plummeted, says Freiver. India currently ranks third in the world in the number of detected cases of COVID-19, second only to the United States and Brazil, while Mexico is ninth. Moreover, both countries are now among the five countries in the world with the fastest spread of the virus.

EastFruit analysts note that apple exports from the United States to India in April 2020 collapsed immediately by 45% compared to the same month of 2019, and in May 2020, the export was 27% lower than in May of the previous year. Deliveries to Mexico in May decreased by 17% compared to the same month of 2019, but apple exports to the Middle East increased several times: to Saudi Arabia, the UAE, and Israel.

Washington’s apple business is heavily dependent on India’s consumption of Red Delicious Red apples, Todd said. He also adds: “So far this season, we have not reached sales targets for any of the varieties.” Accordingly, if export fails to intensify, the next step for the organization will be an attempt to sell the apple on the domestic market.

“As a result, we may encounter a situation where more pressure will be put on the apple’s domestic prices … prices will fall, and then apple growers will be hit hard,” he says. “I doubt that the situation will improve much in the near future,” adds Freiver.

According to EastFruit, apple exports from the United States for the first eight months of the 2019/20 season, in fact, increased quite significantly – by 19%. At the same time, the main importers were Mexico, Canada, and Taiwan, each of which significantly increased the total volume of imports of American apples. However, exports to India decreased by 27% over this period. Deliveries to Hong Kong and Indonesia decreased less significantly, but apple shipments from the USA to Vietnam, the Dominican Republic, and Thailand increased even more significantly. Exports of American apples to Saudi Arabia and the UAE more than doubled over the entire season, partially attracting suppliers from Italy, France, Poland, and Ukraine to these markets, where apple prices were high.

Therefore, obviously, we are talking only about the problems that arose in May-June, when the COVID-19 began to spread rapidly in India and Mexico. Therefore, the United States fears that the plan for the export of apple may be frustrated. At the same time, it cannot be ruled out that stocks can still be sold, primarily by increasing shipments to the countries of the Middle East and Southeast Asia.