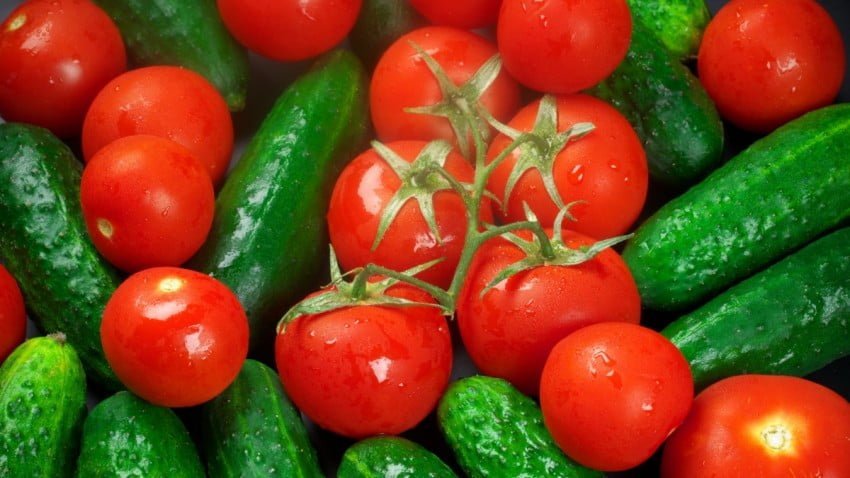 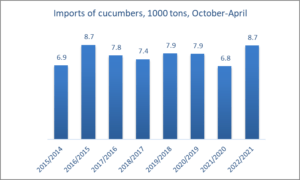 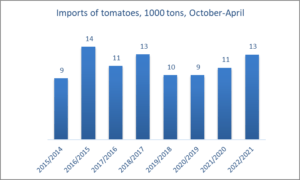 Imports of cucumbers in the months under review amounted to 8 700 tonnes, while the volume of imported tomatoes reached 13 000 tones after growing for 3 consecutive periods. Imports of tomatoes increase by about 2 000 tonnes each season; cucumbers do not show such stable dynamics.

Increasing dependence on imports is mainly due to the lack of local supplies during the off-season, which, in turn, partly results from fierce price competition with imports.