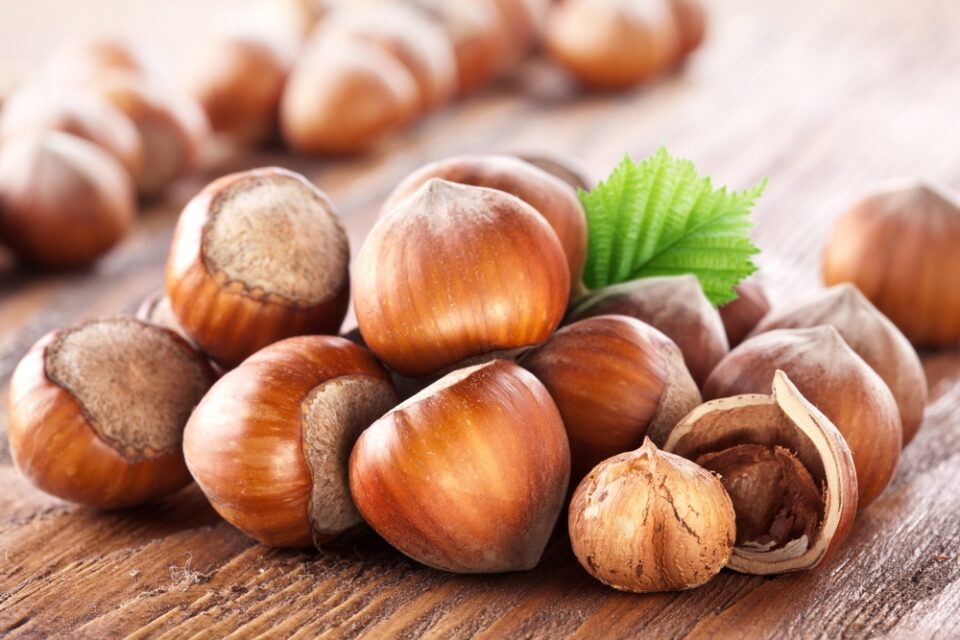 EastFruit analysts record four times as many refusals to accept Georgian hazelnuts at EU borders compared to the 2020 hazelnut harvest. Since August 2021, which marked the start of the hazelnut season in Georgia, the European Commission has published 17 border refusals regarding the import of hazelnuts from Georgia. During the same period of the previous season, there were only 4 refusals from August to October. All refusals in the past two months have been associated with high aflatoxin levels.

Producers confirm that the quality of Georgian hazelnuts of the new harvest is much lower than expected. This is mainly due to heavy rainfall during the harvest season and to a lesser extent the brown marmorated stink bug issue, which has not yet been fully resolved. Apart from the undesirable decline of local production, the developments in international trade are not encouraging.

Production in Turkey accounting for about 75% of the world’s hazelnuts is going through tough times. Prices are falling, which affects the global hazelnut market and the Georgian one. Mintec Global reported low activity of European buyers at the end of September due to concerns over a rain-damaged crop in Turkey and a weakening lira. Right now, the Turkish lira is at an all-time low against the US dollar. Hazelnut prices are declining in dollar terms due to pressure on the exchange rate. Turkish growers want the TMO (Turkish Grain Board) to buy more hazelnuts as prices on the free market are lower.

Low prices in Turkey reduce prices for Georgian producers as well. In an interview with Kommersant, the head of the Georgian Hazelnut Producers Association, Giorgi Todua, notes that it is very difficult to compete with Turkish prices, especially this season when the quality of Georgian hazelnuts has deteriorated.

As a result of both local and global hazelnut market conditions, Georgian growers receive the lowest prices in at least the last four years: 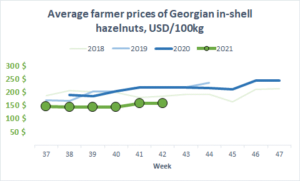 Could this situation have been avoided? Of course, Georgia cannot control the Turkish market, but it has room to develop. If modern drying and storage technologies were widely used by Georgian growers, rain during harvest that was a key factor affecting quality would be a much less serious problem.

Nectarine season continues in Georgia thanks to Italian varieties