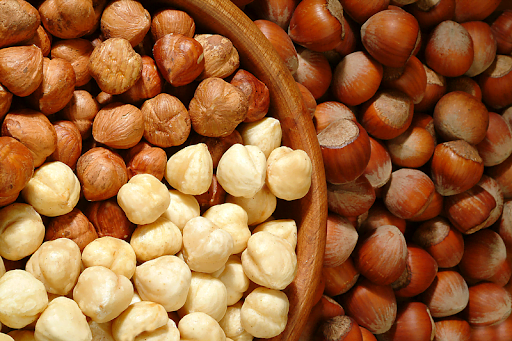 EastFruit analysts note that the export price for the Georgian hazelnut has plummeted to the minimum level. A kilogram of kernel was exported at $4.50/kg (FOB), which is the lowest monthly average price for the reviewed period of 2014-2022.

July marks the end of 2021/2022 season and the new season begins in August. Looking at the current market situation, the 2022/2023 season is very likely to be challenging. 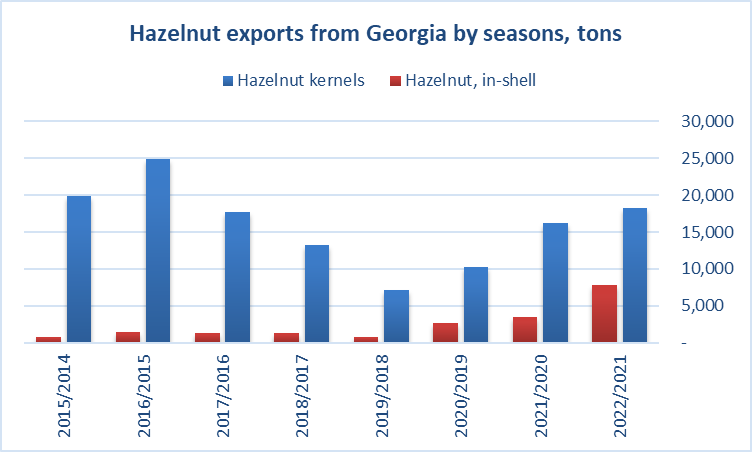 Georgian hazelnut export volumes have kept positive dynamics in 2021/2022 season. Kernel exports kept rising after the fall around 2018/2019 which was caused by the brown marmorated stink bug invasion. In-shell hazelnut exports hit record high amount, but this was related to an unusual demand from the Italy, which lacked own supplies for processing in the first half of the season. Significant part of the exports was returned due to border rejections. After inspecting and re-categorizing the nuts, most of them were sent back, so there is an issue of double-counting in the exports.

Quality of Georgian hazelnuts was not at its best. EU, which is the main buyer of Georgian hazelnuts, has marked 29 rejections at the border due to the high food safety risks. In the previous season, there were only 12 serious rejections. All rejections in 2021/2022 were related to the high levels of aflatoxins. Poor quality is mostly linked to the heavy rains during the harvesting period in 2021 and many Georgian farmers being unable to dry the nuts properly. 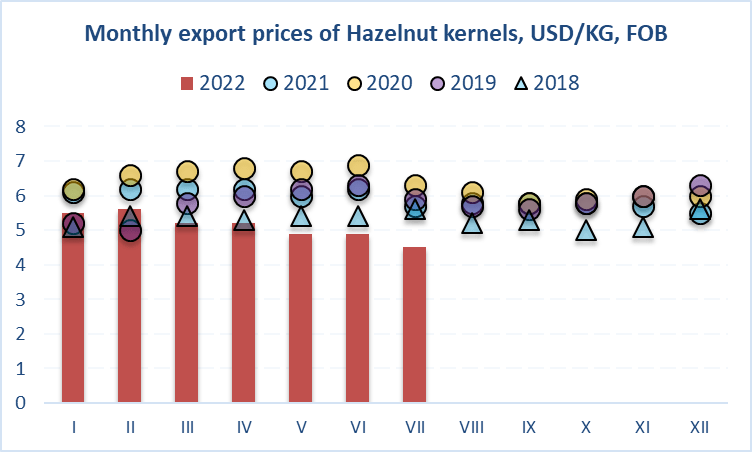 Of course, the quality issues translated into low export prices. Other than the quality, problematic with the Turkish economy, top hazelnut producer and exporter, also affected Georgian prices. On average, a kilogram of hazelnut kernel was exported at $5.50 throughout the season – 9% lower than in the previous season.

As mentioned above, kernel export prices dropped to the minimum at the end of 2021/2022 season. This is a sign that the next season will not be easy. In fact, there are many left-over hazelnuts (RU) on the world market. Weak demand adds negative pressures on the prices. As reported by the Mundus-Agri, Turkish suppliers are voicing the concerns that the demand on the hazelnut has hit record-low.

The buyers’ actions are not surprising, Turkish market is still struggling and the global markets are not doing well either. The situation with the Turkish economy is also complex – controversial policies of keeping bank interest rates low continue. As a result, inflation rates remain very high, and the performance of the Turkish Lira has worsened. Inflation is also high worldwide as the energy costs have risen due to the Russia’s invasion of Ukraine. How and when will these problems be solved is unclear, so the buyers are acting with caution.