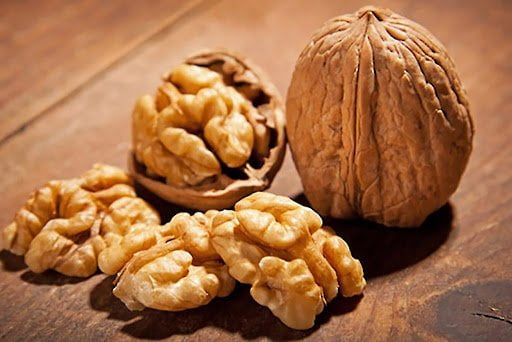 Around one month is left before the start of the walnut season in Georgia. EastFruit has asked some of the country’s major growers about their forecasts for the current season. Despite unfavorable weather in Eastern Georgia and the growth of local supply in the market, farmers have positive expectations.

Higher yields are expected in the new walnut orchards as they are entering full fruiting and weather conditions have been generally favorable this year. According to farmers, Georgia will produce more walnuts compared to last year.

Agroproduct owns 230 hectares of walnut orchards and a processing plant in the Kakheti region. 40 of 230 ha were planted 6 years ago. According to the manager of the company Mikhail Abashidze, 250 tons of harvest were expected this season, but the recent hail in the Kakheti region damaged 15-20% of the harvest.

“The core has already been formed, so it is not damaged, but there are black spots from hail on the shell, which will affect the market price” Abashidze said.

The company is negotiating with local buyers as well as importers from Portugal and Germany. Growers sold part of the harvest to Portugal last year. Prices have not yet been set, as sales of the new harvest have not started either locally or globally.

Another large growers, Guram Nakashidze, owns 82 hectares of orchards in the Kakheti region. He expects 50-60 tons of harvest from a five-year orchard. Fortunately, the municipality of Lagodekhi, where his orchards are located, was not affected by hail.

The season has not yet begun, but Nakashidze has already sold his harvest at 7 GEL/kg ($ 2.25). The growers believes that walnuts will be sold well this year, especially on export markets, as harvest in the United States, one of the world’s major walnut growers is lower than last year.

A good harvest is expected at Pademi, which owns 25 hectares of orchards in the Mtskheta-Mtianeti region. The owner of the company, Mikhail Avaliani, expects 50-60 tons of harvest this year. He also noted that local production will be higher this year, but does not make any price forecasts until the start of the season.

According to EastFruit monitoring data, the average price for walnuts (in shell) at the beginning of October 2020 ($ 1.86) and 2019 ($ 2.02) was 6 GEL/kg. Usually the price of Chandler, the main variety in new orchards, is higher compared to local varieties due to its better quality.